The Third Revolution:
Xi Jinping and The New Chinese State 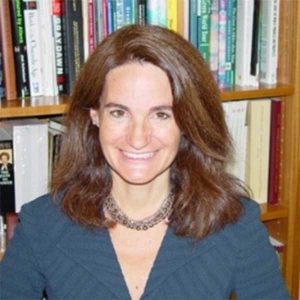 Elizabeth Economy is the C. V. Starr senior fellow and director for Asia studies at the Council on Foreign Relations. She is an expert on Chinese domestic politics and foreign relations, writing on topics ranging from China’s environmental challenges to its role in global governance.

Elizabeth will explain how Xi is expanding the role of the authoritarian state at home, and asserting a more ambitious foreign policy abroad. China has witnessed the centralization of power under Xi, the expansion of the Communist Party’s role in Chinese political, social, and economic life, and the construction of a virtual wall of regulations to control more closely the exchange of ideas and capital between China and the outside world. Indeed, Xi’s China is exercising new levers of influence and power that the United States and others will have to learn to exploit and counter to protect and advance their own interests.

Dr. Economy received her BA from Swarthmore College, her MA from Stanford University, and her PhD from the University of Michigan.