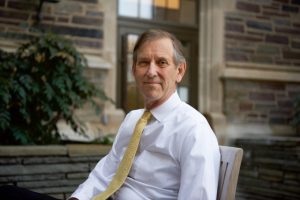 Ambassador Rick Barton currently teaches at the Woodrow Wilson School at Princeton University, where he serves as the co-director of Princeton’s Scholars in the Nation’s Service Initiatives and Ullman Fellowships. He has served as an American ambassador to the United Nations and the Deputy High Commissioner for Refugees at the U.N., and was the first Assistant Secretary of State for Conflict and Stabilization Operations under President Obama. He has led conflict management initiatives in crisis zones across the globe.

He graduated from Harvard College, received his M.B.A. from Boston University, and was honored with a Ph.D. by Wheaton College of Massachusetts.

Because we are trying to cultivate a community and because of space limitations,
we welcome non-members to attend one Network 20/20 event before applying for membership