Venezuela: The Economics Behind Political Collapse 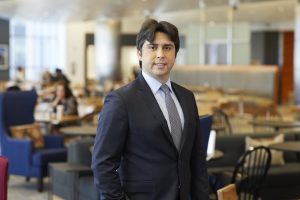 Alejandro Arreaza is an Andean Economist at Barclays.  Based in New York, Mr. Arreaza is responsible for the firm’s macroeconomic coverage of the Venezuelan, Colombian, Peruvian and Ecuadorian Economies.

Mr. Arreaza joined Barclays in 2010 after working for several years in the financial markets in Venezuela.  From 2004 to 2010, he was an economist at Bancaribe, the sixth-largest bank in Venezuela, which is associated with Scotiabank. Prior to that, he worked in economics research for Santander Group Banco de Venezuela. He is a regular contributor for CNN en español, Bloomberg News, The Financial Times and other newspapers on Latin American economics and politics.

Mr. Arreaza received a Master’s in Public Administration degree from Columbia University with a concentration in economic policy. He also holds a master’s degree in Economics from Universidad Catolica Andres Bello in Venezuela, where he also received his B.A in Economics.