What is happening in Myanmar? The Coup, in Context 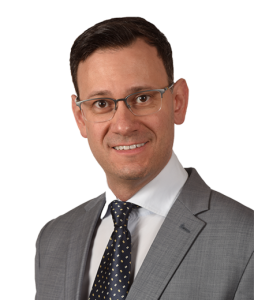 Jason Tower joined USIP in late 2019 as the country director for the Burma program based in Yangon.
Prior to USIP, Tower served in senior positions with several other peacebuilding organizations in China and Southeast Asia. From 2009 to 2017, he worked to establish the Beijing office of the American Friends Service Committee and initiated programming across north and southeast Asia on the impacts of cross-border investments on conflict dynamics. He also led a series of research initiatives relevant to China’s role in peacekeeping operations in East Africa and on China’s evolving role in international conflict dynamics. During this time, Tower also worked extensively in Burma on peace and security issues. From 2018 to 2019, he served as Southeast Asia program manager for the PeaceNexus Foundation, managing a portfolio of grants and partnerships in China, Burma, and Cambodia.
Tower completed his undergraduate work in economics and international studies at St. Louis University, and his graduate studies in political science and Asian studies at the University of Michigan. He later earned a graduate certificate in company-community mediation from the Graduate School of Business at Cape Town University. He has been named a Fulbright research student, a Fulbright-Hays scholar, and a Harvard-Yenching fellow.
Tower is fluent in Mandarin and has published widely on China’s involvement in peace and security issues, with recent publications on the Belt and Road Initiative and a report based on years of experience working with Chinese corporate stakeholders. 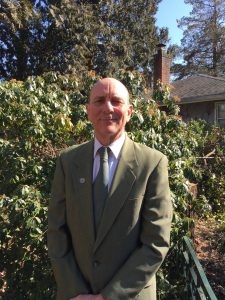 A US citizen who grew up in New York and California, James Rawley graduated with honors in history and political science from the State University of New York at Buffalo in 1975 and undertook graduate work at Columbia University, where he earned Masters’ degrees in International Affairs and Urban Planning in 1980/1981. He then began a thirty-four year career in international development, humanitarian assistance and diplomacy with the United Nations, serving in increasingly responsible positions, primarily with the UN Development Programme, for the most part in countries experiencing conflict or complex political situations. These included eleven years in Central America (El Salvador, Honduras and Nicaragua) in the 1980s and 1990s, four years in Myanmar (1996-2000), and fourteen years in the Middle East where he served as UN Resident Coordinator and UNDP Resident Representative in Yemen (2000-2004) and Egypt (2006-2012). In 2012, the Secretary-General appointed Mr. Rawley to serve as Assistant Secretary-General for the UN Political Mission in Jerusalem, where he carried out the functions of Deputy Coordinator and headed up the development work of the UN and the humanitarian assistance of the international community in his roles as UN Resident Coordinator and Humanitarian Coordinator for the Occupied Palestinian Territory from 2012 to 2015.
James’s interests include reading, teaching, travelling, Master’s swimming, hiking, yoga, volunteer work, and gardening. He is married to Maria del Carmen. They live in the south shore of Long Island and are the parents of two young men.