Cuba After the Castros

In April 2021, Raúl Castro resigned as Cuban Communist Party leader, ending the Castro family’s six decades of power that started with Fidel Castro during the Cold War. Under President Castro, Cuba strengthened relations with the Soviet Union, prompting the United States to cut diplomatic ties and impose a trade embargo that stifles Cuba to this day. Now, Cuban President and Cuban Communist Party leader Miguel Díaz-Canel faces historic anti-government protests amid an economic crisis worsened by the COVID-19 pandemic and the U.S. embargo on the country. So, what does the future look like for Cuba following the end of the Castro Era? Are U.S.-Cuba relations subject to change? How may communism in the country be affected, and how may the Biden Administration respond both in the short- and long-term? Join us for a special member-only briefing about the future of Cuba following the end of the Castro Era on Thursday, August 12 from 6 to 7:15 PM ET when we are joined by Professor Ted Henken, Associate Professor in the Sociology and Anthropology at Baruch College, City University of New York. 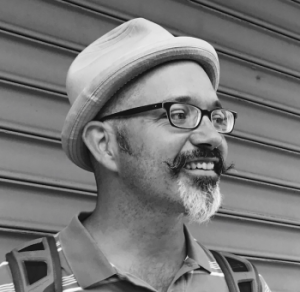 Professor Ted A. Henken is a tenured associate professor in the Department of Sociology and Anthropology at Baruch College, City University of New York (CUNY) and holds a joint appointment in the Department of Black and Latino Studies, where he served as chairperson between 2010-2012.
A past winner of Baruch College’s Presidential Excellence Award in Distinguished Teaching (2007), Henken specializes in courses on contemporary Cuban culture and society, introduction to sociology, sociology of the Internet, contemporary Latin America, Latinos in the U.S., comparative race and ethnic relations, the sociology of religion, international migration, and comparative urban studies courses on Havana, New York, and New Orleans.
One of his most popular and original courses, “The City that Care Forgot: The Roots, Ruin, and Rebirth of New Orleans,” is an honors seminar that includes a week-long service-learning trip from “The Big Apple” to “The Big Easy,” where he has led his students on a variety of civic engagement and educational activities. Henken even co-wrote the article, “Civic Engagement in the City that Care Forgot,” with two of his students explaining their approach to service-learning and engaged scholarship.