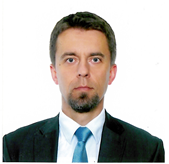 Michal Miarka is the Head of NATO Liaison Office to the United Nations as of June 2018.

Prior to his current position, Mr. Miarka served as the Deputy Director of the Security Policy Department from 2014 to 2017, covering NATO, EU/CSDP, transatlantic relations and non-proliferation. Previously, he served as the Deputy Permanent Representative of Poland to NATO. In 2008 – 2010 he was the Deputy Head of Cabinet of the Foreign Minister.

In his previous capacities, he worked as Head of the Policy Unit in the Minister’s Cabinet and Head of Arms Exports Control Unit in Security Policy Department. His experience within the diplomatic service includes working on the Iraq Task Group as well as short-term assignments to Washington and New York City.

Michal is a graduate of Diplomatic Academy in Warsaw and 20th International Training Course in Security Policy from the Geneva Center for Security Policy, earning best participant award for both. Michal graduated (MA) with honors in Economics from Warsaw School of Economics and scholarship in management at HEC Montreal.

Michal is married and has two sons.