North Korea: The Path Forward for the Biden Administration

When Obama was leaving the office, he told Donald Trump that North Korea would likely be his most urgent problem as president. In his first formal press conference since the inauguration, President Biden maintained that it is still a top foreign policy issue. Last month, North Korea provided two reminders to the Biden administration why North Korea should remain at the top of his list: Pyongyang tested two short-range cruise missiles on March 21 and two short-range ballistic missiles on March 25. Several sources claim that the Biden administration will soon finalize its policy review on North Korea. Obviously, the path forward is not without obstacles – old and new. What are the key policy choices and challenges that Biden is facing with North Korea? How will US-North Korea relations look like under the Biden administration? Join us on April 22nd at 6.00 PM EDT for a member-only discussion with Mr. Keith Luse, Executive Director of the National Committee on North Korea. 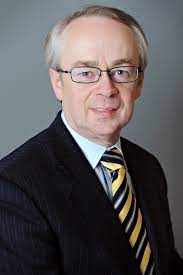 Mr. Luse joined Senator Lugar’s Indiana Office in 1978 and was appointed State Director in 1982. In the 1990’s while in the private sector, Luse traveled throughout East Asia for eight years, conducting research for U.S. businesses.

In addition to assisting Senator Lugar at the Foreign Relations Committee on legislative initiatives, Luse directed or participated in several oversight projects and investigations. They included the integrity of the U.S. – funded humanitarian assistance distribution process inside North Korea; the murder of Americans in Papua, Indonesia; corruption and transparency challenges at The Asia Development Bank and The World Bank, and an evaluation of the effectiveness of U.S. foreign assistance to countries in East Asia with an emphasis on Cambodia and Indonesia.

Upon departing the Senate in 2013, Luse received the Philippine Legion of Honor Award from President Aquino for assisting Senator Lugar’s efforts to foster relations between the United States and the Philippines and Southeast Asia. He is also a Co-Recipient of the 2010 Kato Ryozo Award for Service to the U.S. – Japan Alliance.