A New Way to Look at Conflict 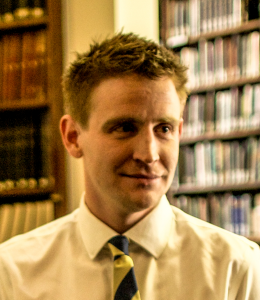 Drawing on his experience as a soldier, and as a scholar of biology and conflict, Dr. Mike Martin shows how the human brain’s evolution to pursue status and belonging within social groups drives individuals towards violence and warfare. At the policy level, discussions focused on religion or ideology ‘causing’ violence and warfare often mask the individual’s subconscious desire to belong. Dr. Martin’s insights on how the human brain has evolved to pursue cohesive social groups, driving people to violence and warfare, have direct implications for the way policymakers should be viewing conflict and conflict resolution, terrorism and counter terrorism, and peace and war.

Dr. Martin is a former British Army officer trained to fluency in Pushtu who pioneered, designed and implemented the British Military’s Cultural Advisor programme, which trained Pushtu-speaking British officers to build and leverage relationships with local notables (profiled here in The Sunday Times). He subsequently read for his PhD at King’s College London in Conflict Studies and wrote an oral history of the conflict in Helmand province, which he later turned into a critically-acclaimed book, An Intimate War.

He consults and speaks on conflict issues, and comments in the international media, often about Afghanistan.
Mike lives in London, where he is a Visiting Research Fellow at King’s College London. His second book, giving an account of his crossing of the Congo, came out in 2016, and his third, called Why We Fight, explores the evolutionary psychology of warfare.