What’s Next for Tunisia after the Constitutional Referendum?

11 years after the Arab Spring, Tunisia was the only democracy in the Arab world. With a deepening economic crisis that the revolving door of democratically elected governments could not solve, many frustrated Tunisian initially expressed support for Tunisian President Kais Saied’s 2021 moves to expand his presidential powers. Last month, he successfully got what he wanted from a constitutional referendum, which passed with 94% of the vote. However, only 30 percent of Tunisians participated and most political parties in the country boycotted the referendum. What is next for Tunisia after the referendum? How are Tunisians responding to Saied’s latest move? Will the new constitution give the president the power he needs to lead the country through economic hardship or is it a pathway for a new autocrat? Join us on Thursday, August 11th from 12 PM to 1 PM ET for a panel discussion between Nate Grubman, Teaching Fellow in Civic, Liberal, and Global Education at Stanford University; Lilia Blaise, Franco-Tunisian Journalist; and Aymen Bessalah, Nonresident Fellow at the Tahrir Institute of Middle East Policy when they will discuss these questions. 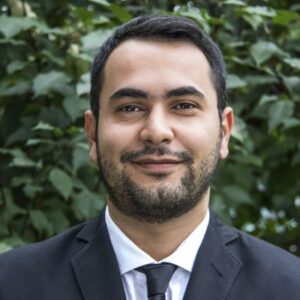 Aymen Bessalah is a Nonresident Fellow at TIMEP focusing on governance and the rule of law in Tunisia. He was the Advocacy and Policy Analyst at Al Bawsala, a Tunisian NGO promoting democracy and human rights, leading the organization’s human rights scope across different projects. Prior to joining Al Bawsala, Aymen worked with other NGOs in Tunisia, such as the Tunisian Federation of Film Societies as an Administrative Assistant and Coordinator. He also held the position of Research and Engagement Officer with Expectation State, a consultancy supporting emerging states with international investment. Aymen studied International Relations at the University of Tunis El Manar and holds an MA in European Interdisciplinary Studies from the College of Europe, focusing on the European Union’s Neighborhood Policy and the MENA region.

Lilia Blaise is a Franco-Tunisian journalist, based in Tunisia.She works for French media outlets Le Monde, France 24 and Mediapart, and has also done some freelance for the New York Times and the radio program The World. She is also the co-director of a documentary on the nostalgia of the Tunisian dictatorship, entitled “7 lives” and broadcast in 2014. 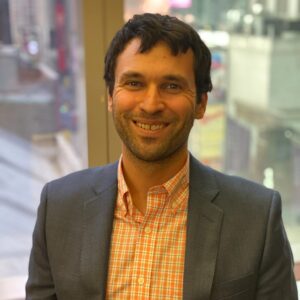 Nate Grubman is a teaching fellow in Civic, Liberal, and Global Education (COLLEGE) at Stanford University. His research focuses on party systems, ideology, nostalgia, and corruption during transitions from authoritarian rule, especially in North Africa. His book manuscript focuses on the question of why democratization in Tunisia failed to address the social and economic grievances that precipitated it. His work has been published by the Journal of Democracy, the MERIP Middle East Report Online, the Project on Middle East Democracy, and the Washington Post Monkey Cage. He received his PhD in political science from Yale University in December 2020.