What Does Xi’s Third Term Mean for China and the U.S.?

On Sunday, October 16, Chinese leader Xi Jinping gave his opening remarks for the 20th Party Congress, where he is poised to secure a norm-breaking third term. In his speech, President Xi called national security the “foundation of the rejuvenation of the Chinese nation,” and urged enhancing security across all aspects of China’s power, including economic and defense. Outside the Great Hall of the People, he is, however, facing criticisms over his Zero Covid policies and their impact on the second-largest economy. How should we interpret the results of the 20th Party Congress? What are some political, economic, and military opportunities and constraints that will shape Xi Jinping’s future leadership? Join us for a panel discussion on Tuesday, November 1st at 11 AM ET where we will discuss these questions and more with Dr. Yukon Huang, Senior Fellow at the Carnegie Endowment for International Peace and Former World Bank’s Country Director for China; Dr. Ling Li, Visiting Professor at the University of Vienna; and Dr. Joel Wuthnow, Senior Research fellow in the Center for the Study of Chinese Military Affairs at the National Defense University.

Joel Wuthnow ,HOW ABOUT CHINA’S MILITARY STRATEGY FOR TAIWAN: IS THE PLA READY FOR WAR?, Columbia-Harvard China and the World Program 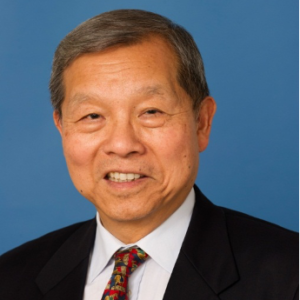 Yukon Huang is a senior fellow with the Asia Program at the Carnegie Endowment for International Peace. He was formerly the World Bank’s country director for China and earlier director for Russia and the Former Soviet Union Republics. He is an adviser to the World Bank, Asian Development Bank, Asian Infrastructure Investment Bank, and various governments and corporations. His research focuses on China’s economy and its regional and global impact.
Huang has published widely on development issues in both professional journals and the public media. He is a featured commentator for the Financial Times on China, and his articles are seen frequently in the Wall Street Journal, Bloomberg, Foreign Affairs, the National Interest, and Caixin. His books include East Asia Visions, Reshaping Economic Geography in East Asia, and International Migration and Development in East Asia and the Pacific. His latest book, Cracking the China Conundrum: Why Conventional Economic Wisdom Is Wrong, was published by Oxford University Press (2017). 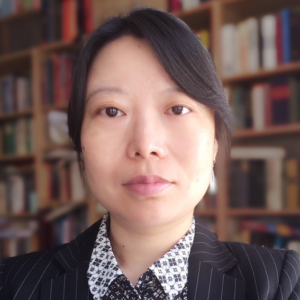 Ling Li teaches Chinese studies at the University of Vienna. She obtained her doctoral degree of law from Leiden University. Before coming to Vienna, she was a senior research fellow at the US-Asia Law Institute of New York University School of Law and remains as a non-resident fellow of the same institute. Her main research field is Chinese law and politics, with a particular focus on the structural features of the Party-state and the institutional practices of the Chinese Communist Party. She has also published extensively on corruption, anti-corruption and the operation of courts in China. She is currently writing a book on “Corruption, Law and Power Struggles – The China Model”, which will be published by the Cambridge University Press in 2023. 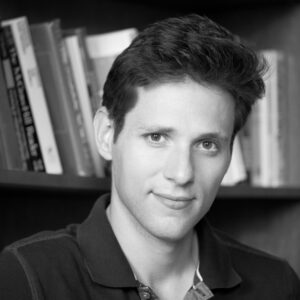 Dr. Joel Wuthnow is a senior research fellow in the Center for the Study of Chinese Military Affairs within the Institute for National Strategic Studies at NDU. His research areas include Chinese foreign and security policy, Chinese military affairs, U.S.-China relations, and strategic developments in East Asia. In addition to his duties in INSS, he also serves as an adjunct professor in the Edmund A. Walsh School of Foreign Service at Georgetown University.
His recent books and monographs, all from NDU Press, include Gray Dragons: Assessing China’s Senior Military Leadership (2022), Crossing the Strait: China’s Military Prepares for War with Taiwan (2022, lead editor), The PLA Beyond Borders: Chinese Military Operations in Regional and Global Context (2021, lead editor), System Overload: Can China’s Military Be Distracted in a War over Taiwan? (2020), and Chairman Xi Remakes the PLA: Assessing Chinese Military Reforms (2019, co-editor). His research has also appeared in journals such as Asian Perspective, Asia Policy, Asian Security, The China Quarterly, Chinese Journal of International Politics, Joint Force Quarterly, Journal of Contemporary China, Journal of Strategic Studies, and in edited volumes.
Prior to joining NDU, Dr. Wuthnow was a China analyst at CNA, a postdoctoral fellow in the China and the World Program at Princeton University, and a pre-doctoral fellow at The Brookings Institution. His degrees are from Princeton University (A.B., summa cum laude, in Public and International Affairs), Oxford University (M.Phil. in Modern Chinese Studies), and Columbia University (Ph.D. in Political Science). He is proficient in Mandarin.