With Tunisia slipping away from democratic norms and facing economic paralysis, how can the organizations and people that received the Nobel Peace Prize in 2015 for their political power-sharing efforts navigate this new terrain? And what does Tunisia’s youth–30 percent of the population with unemployment rates of nearly 40 percent–make of their future?


COULDN’T ATTEND OUR EVENT? Don’t worry. You can watch it below 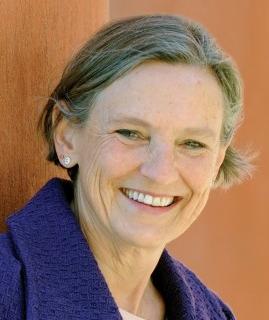 Dr. Anderson served as President of the American University in Cairo for five years, from 2011-2016. Prior to her appointment as President, she was the University’s provost, a position she had assumed in 2008. She is Dean Emerita of the School of International and Public Affairs at Columbia, where she led the school from 1997-2007. She was on the faculty of Columbia since 1986; prior to her appointment as Dean, she served as Chair of the Political Science Department and Director of Columbia’s Middle East Institute. She has also taught at Princeton and Harvard Universities.

Dr. Anderson’s scholarly research has included work on state formation in the Middle East and North Africa; on regime change and democratization in developing countries; and on social science, academic research and public policy both in the United States and around the world. Among her books are The State and Social Transformation in Tunisia and Libya, 1830-1980 (1986) and Pursuing Truth, Exercising Power: Social Science and Public Policy in the Twenty-first Century (2003); she has also published numerous scholarly articles.

Dr. Anderson is a trustee of the Aga Khan University, Tufts University and the Hertie School of Governance in Berlin. She is a member emerita of the Board of Directors of Human Rights Watch, served as elected President of the Middle East Studies Association, and as Chair of the Board of the Social Science Research Council. A member of the American Academy of Arts and Sciences and the Council on Foreign Relations, she has received honorary degrees from Monmouth University and the American University in Paris. 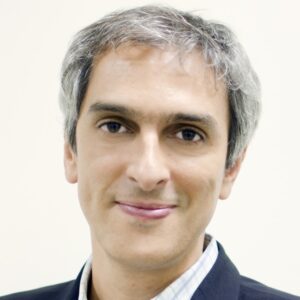 He has been providing economic counsel to important governmental actions related to innovation and entrepreneurship, in particular a US-Tunisia partnership for the promotion of technology innovation, and several programs to enhance young Tunisian entrepreneurs’ soft skills. He is a frequent speaker in numerous US-Tunisia conferences including at the State Department, Clinton Global Initiative, World Bank and in media such as CNN or NPR. Previously, Mr. Malouche served as President of TAYP.

Mr. Malouche is a Partner with Deloitte Afrique with 20 years of experience in designing and implementing public sector modernization programs, large transformational programs in economic growth / private sector development and local governance/service delivery programs. Prior to joining Deloitte Afrique, Mr. Malouche was a Director with Deloitte Consulting and a Principal with American Management Systems. In 2002, Mr. Malouche founded PromoTunisia which offers cultural trips to Tunisia, and turned it into an advisory firm supporting US companies seeking to expand in North Africa.

Mr. Malouche has a Masters in Information Systems from Telecom Paris Sud in France, and a Masters in Telecom from University of Michigan. He is a native Arabic and French speaker and fluent in English. 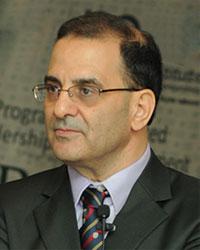 Kamel Jedidi is the John Howard Professor of Business at Columbia Business School, New York. He holds a bachelor’s degree in Economics from University of Tunis and Master and Ph.D. degrees in Marketing and Statistics from the Wharton School, University of Pennsylvania. Dr. Jedidi has extensively published in leading marketing and statistical journals. His research interests include pricing, product positioning, and market segmentation. He was awarded the 1998 IJRM Best Article Award and the Marketing Science Institute 2000 Best Paper Award. He was also finalist for 2009 Paul Green Award for the Journal of Marketing Research and for the 2009 Long-term Impact Paper Award for Marketing/Management Science. Dr. Jedidi is senior Editor for the Consumer Needs and Solutions Journal and serves on the editorial board for the Journal of Business-to-Business Marketing. Dr. Jedidi has conducted seminars at several business conferences and universities and also spoken at and consulted with several multinational companies. He is a Founding Trustee of the Marketing Accountability Standards Board (MASB), a member of the Faculty Steering Committee, Columbia Global Centers (Amman), a Senior Editor for Rutgers Business Review, and a member of the Academic Council of ENPC’s School of International Management.