Thirty years ago South Africa–the most rigidly implemented segregationist regime modern history has ever known–became a democracy, with high hopes and heady expectations. These days, it’s more likely to enter the news for drought, crime, corruption, or infrastructural decay. But what has really happened since South Africa’s democratic transition? Is it fair to say the postapartheid country has let down its people’s hopes–or is the question itself the wrong one to be asking? And what does post-apartheid South Africa have to say to the rest of the world about how we ought to assess democratic development in an atmosphere of pervasive disillusionment about democracy and a sense that democratic backslide, globally, is almost inevitable?

In conversation with the Institute of Current World Affairs and Network 20/20 are three experts with fascinating perspectives on South Africa: Eve Fairbanks, whose intimate narrative on apartheid’s aftermath, The Inheritors, comes out this July; Palesa Morudu, Co-founder of the South African publisher Cover2Cover and a leading political columnist for the South African Business Day; and Dr. Evan Lieberman, Director of MIT’s Global Diversity Lab and Author of the new, seminal international-relations study, Until We Have Won Our Liberty: South Africa After Apartheid. 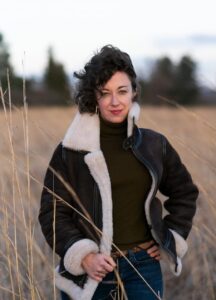 Eve Fairbanks writes about change. She’s written about a former apartheid police minister-turned-born again Christian, a rural black South African boy-turned-poultry emperor, and two American Senators whose essential views on war swapped places. A graduate of Yale with a degree in political philosophy, she’s received a Fulbright scholarship to South Africa and substantial writing grants from the Institute of Current World Affairs, the Daniel Pearl Investigative Journalism Initiative, the Pulitzer Center on Crisis Reporting, and the Writing Invisibility Project at the Max Planck Institute; her work has been shortlisted for a True Story Award, the top global prize for longform journalism, and a Livingston Award, the top American prize for journalists under 35. Her essays and long-form narratives appear in The New York Times Magazine, The New Republic, Foreign Policy, and other outlets. The Inheritors, about post-apartheid South Africa, is her first book. 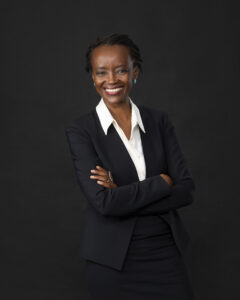 Palesa Morudu-Rosenberg is a South African writer and a founding director of Clarity Global, a strategic communications firm with offices in Cape Town and Washington D.C. Palesa is a strong advocate of democratic values and good governance. Her work is widely published, including as a regular columnist for South Africa’s Business Day and a contributor to the Washington Post. Her areas of interest include global social, economic, and political developments, with a special focus on Africa and U.S. policy. 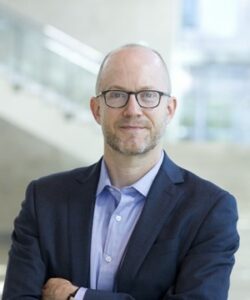 Evan Lieberman is the Total Professor of Political Science and Contemporary Africa. He conducts research in the field of comparative politics, with a focus on development and ethnic conflict in sub-Saharan Africa. He directs the Global Diversity Lab (GDL) and MIT’s global experiential learning program, MISTI. Lieberman co-coordinates the Boston-Area Working Group on African Political-Economy (BWGAPE), and is a member of the E-GAP network. Lieberman received his Ph.D. from the University of California, Berkeley.

He is the author of “Boundaries of Contagion: How Ethnic Politics have Shaped Government Responses to AIDS” (Princeton University Press, 2009) and Race and Regionalism in the Politics of Taxation in Brazil and South Africa (Cambridge University Press, 2003), Until We Have Won Our Liberty: South Africa after Apartheid (Princeton University Press, May 2022) and has published articles in the American Political Science Review, Annual Review of Political Science, Comparative Political Studies, Politics & Society, Studies in Comparative International Development, and World Development. Professor Lieberman is recipient of the 2014 David Collier Mid-Career Award, the 2010 Giovanni Sartori Book prize, the 2004 Mattei Dogan book prize, the 2002 Gabriel A. Almond dissertation award; and the 2002 Mary Parker Follett article award. He was a Fulbright fellow in South Africa in 1997-98, and a Robert Wood Johnson health policy scholar at Yale University in 2000-02. Previously, he was Professor and Associate Chair in the Department of Politics at Princeton University (2002-14).