Paramilitary organizations and private military companies have played significant roles in the execution of some countries’ foreign policy; Russia’s Wagner Group serves as one of the more notorious examples. Not officially recognized in the eyes of their country’s law, this paramilitary force carries out operations unhampered by the direct oversight of government. How has Russian foreign policy contributed to the rise of organizations such as the Wagner Group? What advantages do countries such as Russia see in using them? What purpose do they serve that cannot be accomplished by a national army? What challenges do they raise in the areas that they operate? Is the use of them increasing, or likely to?

Joining the conversation are three experts in the field, all with unique insight to offer on Russia and the Wagner Group: Kimberly Marten, faculty member of Columbia’s Harriman Institute for Russian, Eurasian and East European Studies, and Saltzman Institute of War and Peace Studies; Pauline Bax, Africa Program Deputy Director also at the Crisis Group; and Jack Margolin, Program Director at Center for Advanced Defense Studies.

Kimberly Marten, 2019, Russia’s use of semi-state security forces: the case of the Wagner Group

Kimberly Marten, 2020, The Wagner Group: Untangling the Purposes of a Russian Power Tool 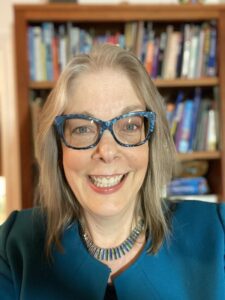 Professor Kimberly Marten specializes in international relations, international security, Russia, and environmental politics. She is a faculty member of Columbia’s Harriman Institute for Russian, Eurasian and East European Studies, and Saltzman Institute of War and Peace Studies. One strand of her current research focuses on the politics of the changing Arctic, which she spoke about at the Climate Change and (In)security Project of the UK Army and Oxford University. The Harriman Institute and Eurasianet published a podcast interviewing her about her research on Russian Arctic extractive enterprises and climate change.

Marten has expertise on a broad range of Russian security and foreign policy issues. In early 2022 she spoke about the developing Ukraine crisis with Preet Bharara on his Stay Tuned podcast, on WNYC radio’s “The Takeaway,” and on an expert panel cosponsored by the Saltzman and Harriman Institutes. She spoke about Russia’s invasion with Amna Nawaz on NPR’s 1A, with Hari Sreenivasan on PBS Newshour Weekend, and on Canada’s CBC television. She wrote about the invasion’s dangers for NATO in the New York Daily News, and participated in a Council on Foreign Relations roundtable event that revisited NATO enlargement in light of Russia’s invasion. In May 2022 she wrote about Finland’s likely bid to join NATO in ForeignAffairs.com. She analyzed Putin’s rationality and the danger of inadvertent escalation in a PONARS policy memo. She participated in longer panel discussions on the Russian invasion at Barnard with President Sian Beilock and Trustee Steven Solnick, at the Harriman Institute, and at a Columbia Inside briefing.

Marten has analyzed Russia’s Wagner Group “private” military company and its uses by the Russian state in Ukraine, Syria, Sudan, the Central African Republic, Mozambique, and Libya, in Post-Soviet Affairs, three PONARS-Eurasia memos, Lawfare, and War on the Rocks. She was honored to give congressional testimony about the Wagner Group in July 2020, and spoke about Wagner’s use in Russia’s 2022 Ukraine invasion for BBC World Service radio’s The Inquiry. She also explored Russia’s overall aims in Africa in the Washington Quarterly.

She unpacked and analyzed the history and status of Russia’s relationship with NATO and NATO enlargement, in International Politics, the European Journal of International Security, an H-Diplo International Security Studies Forum roundtable, and a report commissioned by the Council on Foreign Relations. In January 2022 she was interviewed about the Russia/US and Russia/NATO security dialog meetings by Voice of America and Al Jazeera English. 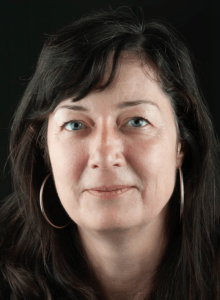 Pauline Bax was the Senior Editor and Policy Advisor before taking the position of Africa Program Deputy Director of the International Crisis Group. She assists in shaping the analysis and reporting across the program, helps deliver publications and contributes to research.

Pauline spent almost ten years as West Africa correspondent for the Dutch newspaper NRC/Handelsblad and contributed radio, TV and print reports to various international media, including the BBC, RFI and The Guardian. She subsequently moved from Ivory Coast to Ghana to report for Bloomberg News. In recent years, she served as Africa government editor for Bloomberg, steering coverage for the agency’s network of local correspondents across sub-Saharan Africa. 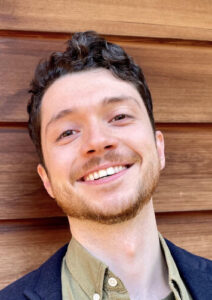 Jack Margolin is a Program Director at C4ADS, a non-profit that uses publicly available information and emerging technology to investigate and disrupt illicit networks. Jack’s team, Conflict Finance and Irregular Threats, focuses on the financial drivers of conflict — war economies, the illicit trade in small arms, and the actors behind war crimes and mass atrocity. He is interested in how emerging technology and novel partnerships can improve human security and create accountability for the networks profiting from organized violence. At C4ADS, Jack has investigated issues ranging from corruption in South Sudan, to the war in Eastern Ukraine, and nuclear proliferation networks in South Asia.

Jack is an alumnus of the 2014-2015 EPIIC “Russia in the XXIst Century ” Colloquium and the Oslo Scholars program. He graduated from Tufts in 2016 with a Major in International Relations and a Minor in Russian Language, before teaching English and conducting research in Odesa, Ukraine with Fulbright. He is originally from Atlanta, Georgia.