The Rise of Right-wing Governments and Their Impact on Europe

The results of two recent elections in Italy and Sweden seem to be just the latest in what is becoming a growing trend in Europe – the mainstreaming of far-right parties. What is fueling this shift from liberal democratic norms towards more nationalist rule within the liberal-leaning bloc? How will these developments progress in the future? What do the victories of far-right parties mean for European politics? Join our panel discussion with Professor Sheri Berman, Professor of Political Science at Barnard College, Columbia University; and Susi Dennison, Senior Policy Fellow at the European Council on Foreign Relations on Thursday, October 27th from 11 AM to 12 PM ET to discuss these questions and more. 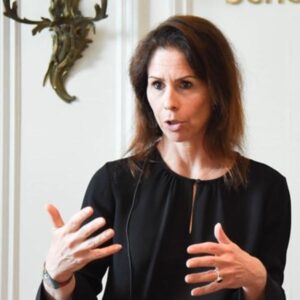 Sheri Berman is a professor of Political Science at Barnard College, Columbia University. Her research interests include European history and politics; the development of democracy; populism and fascism; and the history of the left. She has written about these topics for a wide variety of scholarly and non-scholarly publications, including the New York Times, The Washington Post, Foreign Policy, Foreign Affairs, and VOX. She currently serves on the boards of the Journal of Democracy, Dissent and Political Science Quarterly. Her most recent book, Democracy and Dictatorship: From the Ancien Regime to the Present Day, is forthcoming from Oxford University Press. Berman has a BA in political science from Yale University and an MA and PhD in government from Harvard University. 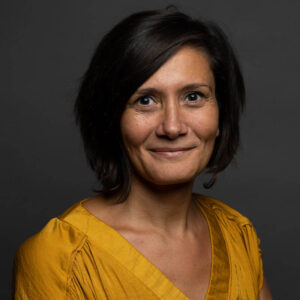 Susi Dennison is a senior policy fellow at the European Council on Foreign Relations. Her topics of focus include the strategy, politics and governance of European foreign policy; migration, and the toolkit for Europe as a global actor.
At ECFR, Dennison leads the European Power programme, which explores how to protect European interests in the post-corona era,  balancing the tensions between building European sovereignty and shaping a rules-based international system.  She previously led ECFR’s foreign policy scorecard project for five years and worked with the MENA programme on North Africa. Before joining ECFR in 2010, Dennison worked for Amnesty International, on advocacy towards the EU institutions. She began her career in HM Treasury in the United Kingdom. There she held a range of positions, including with the EU Co-ordination and Strategy team during the Convention on the Future of Europe. She advised on prison, probation and migration policy in the run-up to the 2004 wave of accession to the EU, on enterprise in disadvantaged regions and served in the Private Office of the Chief Secretary to the Treasury.