Tension in the Taiwan Strait:
Is the U.S. Ready?

Tension in the Taiwan Strait hit a high in August 2022 when U.S. House Speaker Nancy Pelosi visited Taipei. Subsequently, in an interview with CBS in September President Biden said that U.S. forces would defend Taiwan in the event of a Chinese invasion. While the White House backtracked on his remarks, these events worsened U.S.-China relations significantly. Biden’s remarks also raise the question of whether the U.S. could militarily defend Taiwan successfully in case of an invasion. What is the U.S. armed forces’ capacity in the Asia Pacific region? What are some scenarios for a military conflict over the Taiwan strait? Will the U.S. actually defend the island if Xi Jinping decides to invade it? Can it do so successfully? Join us on Thursday, February 2, 2023, from 6:30 – 8:30 PM for a private in-person briefing where Rorry Daniels, Managing Director of Asia Society Policy Institute will lead us in a conversation with Council on Foreign Relations’ Military Fellows, Captain Christa N. Almonte, U.S. Navy; Colonel Erin M. Staine-Pyne, U.S. Air Force; and Colonel Alison J. Thompson, U.S. Marine Corps. 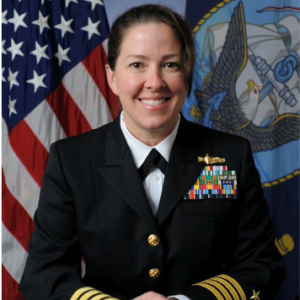 Captain Christa N. Almonte, U.S. Navy, most recently served as the senior foreign area officer assignments officer in Memphis. From 2019 to 2021, she served as the naval attaché and chief of attaché operations to the Kingdom of Saudi Arabia, earning the distinction of being the first female primary attaché to the kingdom. From 2015 to 2017, she served at United States Indo-Pacific Command at Camp H.M. Smith as a strategic contingency planner for operations within East and Southeast Asia and as the executive assistant to the director of J-5 strategic planning and policy directorate. In the Pentagon, Captain Almonte served as the Middle East desk officer monitoring Navy foreign policy in the Levant and Pakistan and as the deputy executive assistant for deputy chief of naval operations for operations, plans and strategy. During two tours in Bahrain, she served as Navy security cooperation officer at the U.S. embassy and as Tomahawk strike officer on the Destroyer Squadron staff at the onset of the Iraq War. Captain Almonte holds an MA in organizational management and leadership from George Washington University, an MA in national security and strategic studies from the Naval War College, an MA in joint campaign planning and strategy from the Joint Advanced Warfighting School, and an AA in Arabic from the Defense Language Institute Foreign Language Center. 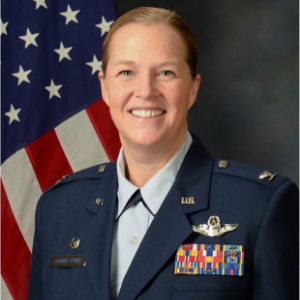 Colonel Erin M. Staine-Pyne, U.S. Air Force, most recently served as the senior military advisor to the Under Secretary of the Air Force. She is a command pilot and graduate of the U.S. Weapons School with more than 3,400 flight hours in mobility aircraft, including combat airdrop missions over Afghanistan. Colonel Staine-Pyne has served in staff assignments at the major command, sub–unified command, and combatant command levels. She has commanded both an in–garrison Airlift Squadron as well as a deployed expeditionary squadron for Operation Iraqi Freedom and Operation Inherent Resolve. She served as the wing commander of the 62nd Airlift Wing, Joint Base Lewis McChord in Washington. Colonel Staine-Pyne earned a BA from the United States Air Force Academy, an MA in public administration from the University of Colorado, and an MA in national security strategy from the National Defense University. 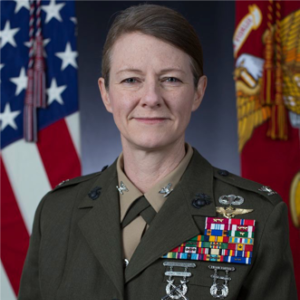 Colonel Alison J. Thompson, U.S. Marine Corps, most recently served as the senior military advisor to the Secretary of the Navy. From 2018 to 2020, she commanded Marine Aircraft Group−49. She served in enlisted assignments as the rotorcraft occupational field sponsor and as a congressional fellow where she was Senator Elizabeth Dole’s military legislative assistant. She served combat tours in Kosovo, Iraq, and Afghanistan as well as conducted humanitarian assistance and disaster relief in Albania, Turkey, and Haiti. A CH-53E helicopter pilot, she has commanded a helicopter squadron and a Marine Aircraft Group comprised of eight squadrons and three site commands. During one of her deployments, Colonel Thompson was a tactics officer, conducting operations as part of Task Force 58 immediately after 9/11. She was among the twelve 2001 American Helicopter Society Pilots of the Year for the seizure of Camp Rhino Airfield in Afghanistan. She was a seminar XXI fellow at MIT and women’s global leadership fellow at the Center for Strategic and International Studies. Colonel Thompson graduated from the U.S. Naval Academy and holds an MBA from the University of Mary Washington and an MA in national security strategy from the National War College. 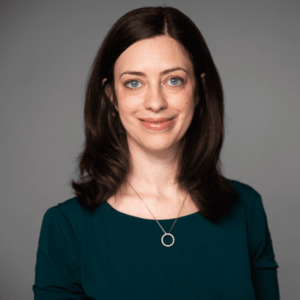 Rorry Daniels is the Managing Director of Asia Society Policy Institute (ASPI), where she leads and oversees strategy and operations for ASPI’s projects on security, climate change and trade throughout Asia. She is also a Senior Fellow with ASPI’s Center for China Analysis. She was previously with the National Committee on American Foreign Policy where she managed the organization’s Track II and research portfolio on Asia security issues, with a particular focus on cross-Taiwan Strait relations, U.S.-China relations, and the North Korean nuclear program. Her most recent research project audited the U.S.-China Strategic & Economic Dialogue to evaluate its process and outcomes.

She regularly writes and provides analysis for major media outlets and newsletters on security issues in the U.S. and the Asia Pacific. She is a 2022 Mansfield-Luce scholar, a member of the National Committee on U.S.-China Relations and the National Committee on North Korea, a Pacific Forum Young Leader, as well as a Korea Society Kim Koo Foundation Fellow (2015 cohort). She earned her M.S. in International Relations at NYU’s Center for Global Affairs, where she focused her studies on East and South Asia. She is proficient in Mandarin and holds a B.A. in Media Studies from Emerson College.