South Korea’s Election and Its Impact on the U.S.-ROK-DPRK Relations

On March 9th, South Korea will go to the polls to elect a new president. After a campaign overshadowed by personal attacks and negative campaigning, both major candidates Lee Jae-myung and Yoon Seok-youl are disliked by more than half of the population, with no clear favorite for election day. What´s at stake in this unpopular election? How will the outcome influences tensions on the Korean peninsula in the years to come? And where do the candidates stand in the defense alliance with the U.S. and its rivalry with China?
Join the discussion on Tuesday, February 15th, from 12:00 to 1:00 PM ET with our expert panel consisting of Katherine H.S. Moon, Professor Emerita at Wellesley College, Scott A. Snyder, Senior Fellow for Korea Studies and Director of the Program on U.S.-Korea policy at the Council on Foreign Relations, and Jean H. Lee, Award-winning writer, Commentator, and Expert on North Korea. The discussion will be moderated by Keith Luse, Executive Director of the National Committee on North Korea.

This event is co-hosted by Network 20/20 and the National Committee on North Korea. 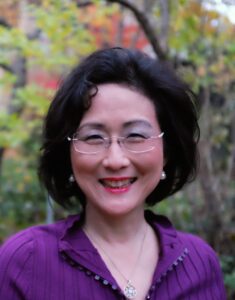 Katharine (Kathy) H.S. Moon is professor emerita at Wellesley College, where she taught in the Department of Political Science (1993-2021) and was Wasserman Chair of Asian Studies. She was a senior fellow and inaugural holder of the Korea Studies Chair at The Brookings Institution from 2014-2016. Moon is the author of Protesting America: Democracy and the U.S.-Korea Alliance (University of California), Sex Among Allies: Military Prostitution in U.S.-Korea Relations (Columbia University), and other publications related to the U.S.-Korea alliance, inter-Korean relations, democracy, nationalisms, women and gender, and migration in East Asia. Her current book project, “North Korean Lives Matter,” features interviews of former North Koreans who migrated to Europe, Canada, and the United States. Her op-eds and media interviews have been widely circulated.
Kathy Moon is a member of the Advisory Committee of the National Committee on North Korea. Moon was born in San Francisco and graduated from Smith College, magna cum laude, and received her Ph.D. from Princeton University. In addition to her scholarship on the Koreas, she is studying voice and music. 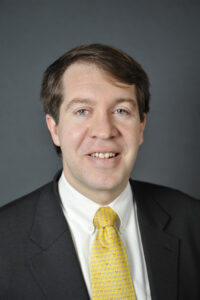 Scott A. Snyder is senior fellow for Korea studies and director of the program on U.S.-Korea policy at the Council on Foreign Relations (CFR). His program examines South Korea’s efforts to contribute on the international stage; its potential influence and contributions as a middle power in East Asia; and the peninsular, regional, and global implications of North Korean instability. Mr. Snyder is the author of South Korea at the Crossroads: Autonomy and Alliance in an Era of Rival Powers (January 2018) and coauthor of The Japan-South Korea Identity Clash: East Asian Security and the United States (May 2015) with Brad Glosserman. He is also the coeditor of North Korea in Transition: Politics, Economy, and Society (October 2012), and the editor of Global Korea: South Korea’s Contributions to International Security (October 2012) and The U.S.-South Korea Alliance: Meeting New Security Challenges (March 2012). Mr. Snyder served as the project director for CFR’s Independent Task Force on policy toward the Korean Peninsula. He currently writes for the blog Asia Unbound.
Mr. Snyder has authored numerous book chapters on aspects of Korean politics and foreign policy and Asian regionalism. He is the author of China’s Rise and the Two Koreas: Politics, Economics, Security (January 2009), Paved With Good Intentions: The NGO Experience in North Korea (coeditor, August 2003), and Negotiating on the Edge: North Korean Negotiating Behavior (November 1999). Mr. Snyder has provided advice to nongovernmental and humanitarian organizations active in North Korea and serves on the advisory council of the National Committee on North Korea and Global Resource Services.
Prior to joining CFR, Mr. Snyder was a senior associate in the international relations program of the Asia Foundation, where he founded and directed the Center for U.S.-Korea Policy and served as the Asia Foundation’s representative in Korea (2000–2004). He was also a senior associate at Pacific Forum Center for Strategic and International Studies. Mr. Snyder has worked as an Asia specialist in the research and studies program of the U.S. Institute of Peace and as acting director of Asia Society’s contemporary affairs program. He was a Pantech visiting fellow at Stanford University’s Shorenstein Asia-Pacific Research Center during 2005–2006, and received an Abe fellowship, administered by the Social Sciences Research Council, in 1998–1999.
Mr. Snyder received a BA from Rice University and an MA from the regional studies East Asia program at Harvard University. He was a Thomas G. Watson fellow at Yonsei University in South Korea. 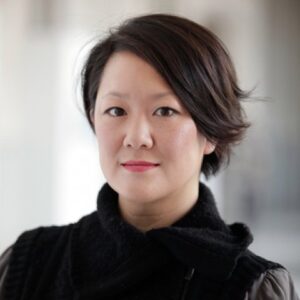 Jean H. Lee is an award-winning writer, commentator and expert on North Korea currently serving as co-host of The Lazarus Heist podcast for the BBC World Service and as a senior fellow with the Wilson Center think tank.
As a journalist, Lee led the Associated Press news agency’s coverage of the Korean Peninsula as bureau chief from 2008 to 2013. In 2011, she became the first American reporter granted extensive access on the ground in North Korea, and in January 2012, she opened AP’s Pyongyang bureau. Lee made dozens of extended reporting trips to North Korea, visiting farms, factories, schools, military academies and homes in the course of her exclusive coverage across the country.
During Lee’s tenure, AP’s coverage of Kim Jong Il’s 2011 death earned an honorable mention in the deadline reporting category of the 2012 Associated Press Media Editors awards for journalism in the United States and Canada. Lee also won an Online Journalism Award in 2013 for her role in using photography, video and social media in North Korea.
Lee is a native of Minneapolis. She has a bachelor’s degree in East Asian Studies and English literature from Columbia University, and a master’s degree from the Columbia University Graduate School of Journalism.
She worked as a reporter for the Korea Herald in Seoul, South Korea, before being posted with AP to the news agency’s bureaus in Baltimore; Fresno, Calif.; San Francisco; New York; London; Seoul, South Korea, and Pyongyang, North Korea. Reporting assignments took her across Europe, North America and Asia.
After leaving AP, Lee joined the Woodrow Wilson International Center for Scholars in Washington, DC, as a fellow, then as director of the Hyundai Motor-Korea Foundation Center for Korean History and Public Policy. She is currently a senior fellow with the Wilson Center.
Lee has served as a CNN contributor and provided commentary to a wide range of media outlets. She appears in the National Geographic series “Inside North Korea” as well PBS’ “Dictator’s Playbook” and Netflix’s “How to Become a Tyrant.” 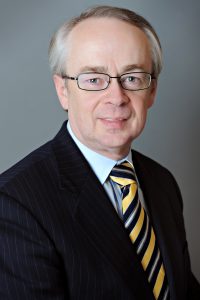 Keith Luse is the Executive Director of the National Committee on North Korea. Previously, Luse was the Senior East Asia Policy Advisor for Chairman and later Ranking Member Senator Richard G. Lugar at the U.S. Senate Foreign Relations
Committee from 2003 until 2013. Luse also served as Staff Director for Mr. Lugar at the Senate Agriculture Committee from 1999 through 2002, where the Senator also served as Chairman and later Ranking Member. While at the Senate Agriculture Committee, Luse made the first of eventually five trips to North Korea.
Mr. Luse joined Senator Lugar’s Indiana Office in 1978 and was appointed State Director in 1982.  In the 1990’s while in the private sector, Luse traveled throughout East Asia for eight years, conducting research for U.S. businesses.
In addition to assisting Senator Lugar at the Foreign Relations Committee on legislative initiatives, Luse directed or participated in several oversight projects and investigations.  They included the integrity of the U.S. – funded humanitarian assistance distribution process inside North Korea; the murder of Americans in Papua, Indonesia; corruption and transparency challenges at The Asia Development Bank and The World Bank, and an evaluation of the effectiveness of U.S. foreign assistance to countries in East Asia with an emphasis on Cambodia and Indonesia.
Luse’s reports to the Senate Foreign Relations Committee included “China’s Impact on Korean Peninsula Unification and Questions for the Senate” (2012); “Trafficking and Extortion of Burmese Migrants in Malaysia and Southern Thailand” (2009); and “North Korea and Its Nuclear Program – A Reality Check” (2008).
In 2016, Luse was presented the Vietnam “Medal of Friendship” by President Truong Tan Sang for active contributions to the process of Normalization and Development of the U.S. – Vietnam relationship.
Upon departing the Senate in 2013, Luse received the Philippine Legion of Honor Award from President Aquino for assisting Senator Lugar’s efforts to foster relations between the United States and the Philippines and Southeast Asia.  He is also a Co-Recipient of the 2010 Kato Ryozo Award for Service to the U.S. – Japan Alliance.
Luse has traveled extensively in East Asia including five visits to North Korea, and has participated in numerous Track 1.5 and Track 2 sessions about North Korea or with North Korean officials outside of their country.
Luse is an Advisory Board Member of The Center for Constitutional Democracy at Indiana University’s Maurer School of Law. He formerly served on the Boards of The American Center for International Leadership, The Indianapolis Museum of Indian Heritage and The Indianapolis Hispano-American Center.  From 1989 to 1991 he was Chairman of the Indiana Republican Party.
Luse has also been a guest lecturer at The University of Indonesia (Jakarta), The Singapore Ministry of Foreign Affairs Diplomatic Academy, The Vietnam Ministry of Foreign Affairs Diplomatic Academy (Hanoi), The Foreign Language Institute (Pyongyang), The Indonesian Parliament (Jakarta) and several American universities.
Luse’s Bachelor of Arts degree in political science is from Indiana University. His graduate certificate in public management and additional graduate studies were obtained at Indiana University – Purdue University, Indianapolis.