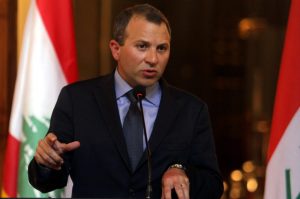 Gebran Bassil was appointed Minister of Foreign Affairs and Emigrants of the Republic of Lebanon on February 15, 2014.

His official tenure in executive office started in 2008 as Minister of Telecommunications, where he established a strategy for the sector focused on modernizing services and opening the market for competition.

He then led the Ministry of Energy and Water between 2009 and 2014, initiating the mapping of Lebanon as an oil and gas country. He triggered major reforms in the energy and water sectors, thus paving the ground for sustainable development of these key economic sectors.

In his current capacity as Minister of Foreign Affairs and Emigrants, he is committed to the continuous engagement of the Ministry alongside the Lebanese Diaspora. His main focus is to drive Lebanese diplomacy towards leading roles both regionally and internationally.

Minister Bassil was born on June 21, 1970. He is a graduate of the American University of Beirut in civil engineering (BE and MS). 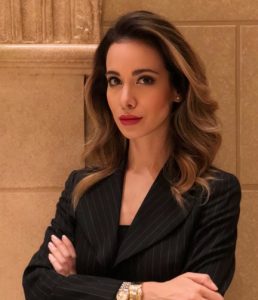 Tara Kangarlou is an award-winning journalist who has reported and produced breaking news stories, investigative pieces, and magazine-style print and broadcast stories on domestic and international issues.

She is currently a Fellow at the prestigious East West Institutethink tank, while working on an upcoming book on Iran. She also holds a McCain Institute Fellowship on International Leadership. Ms. Kangarlou is the recipient of the 2018 Ted Sorensen Award from Network 20/20 foreign policy group for her impact journalism and humanitarian work in conflict zones. Aside from her work as a journalist, Ms. Kangarlou is a global Mental Health advocate and a vocal spokesperson for Mental Health support among refugees and those internally displaced in conflict zones. As a multimedia journalist, Ms. Kangarlou has reported from the United States and around the world including Europe, and the Middle East. She has spent much time in conflict zones and in the Syrian border region of Lebanon, Jordan, and Turkey covering the ongoing crisis in Syria and Iraq. She recently completed a reporting mission in Cox’s Bazar Bangladesh on the ongoing Rohingya refugee crisis.
As a senior producer and reporter, she led Al Jazeera America’s unprecedented access to report and produce from Iran during the 2015 nuclear negotiations. While at CNN, Ms. Kangarlou was involved in covering major domestic and international stories such as the 2013 U.S. Presidential Inauguration, the 2013 Iranian Presidential election, Nelson Mandela’s death, and the 2014 Russia-Ukraine crisis. She has also interviewed many global leaders, heads of states, and senior government officials in the U.S. and around the world.

In recent years, she has spent much time on the ground, reporting and covering issues that impact Syrian refugees, host countries, and the Middle East at large. As a result, in 2016, Ms. Kangarlou founded ART OF HOPEa 501(c)3 non-profit organization based in New York that supports Syrian refugees to overcome the traumas of war through PTSD and trauma-relief programming in Lebanon and the Middle East.

In 2017, Ms. Kangarlou anchored the entire live coverage of the Concordia Summits in New York City on the sidelines of the 72nd United Nations General Assembly. In 2017 she was also a keynote speaker at the first International Summit For Syrian Education in Istanbul where she addressed global leaders on the harrowing challenges faced by Syrians and other refugee children worldwide. She is one of leading female American experts on Iran, human rights issues in developing countries, and the Syrian refugee crisis.

Ms. Kangarlou was born and raised in Tehran, Iran until her late teens; she is fully bilingual in English and Farsi with a moderate understanding of French, Arabic, and Turkish. She has a Bachelor’s Degree in English Literature from UCLA and a Master’s Degree in Journalism from USC. Ms. Kangarlou is based in London and is a frequent on-air and print contributor on various domestic and international news outlets covering global affairs, particularly the Middle East.