As we all know, the recovery from Covid-19 will require additional fiscal resources by not only the developed world but also the developing countries. What are some ways to harness such resources? Are there some just and equitable ways to address the fault lines in the global tax architecture, so that these resources can be better harnessed? With the rapid growth of the digital economy during the pandemic, can that sector contribute equitably (through the tax system) in contributing to such resources? Can we stem the use of tax havens that may be contributing to the current inequality through loss of tax revenues across the world? Those subjects will be discussed by José Antonio Ocampo, the former Minister of Finance of Colombia and former Under-Secretary General for Economic and Social Affairs of the United Nations; Irene Ovonji-Odida, Former Member of Mbkeki high level panel on Illicit Financial Flows from Africa and East African Legislative Assembly; and Krishen Mehta, Senior Global Justice Fellow at Yale University, and former Partner of PricewaterhouseCoopers

COULDN’T ATTEND OUR EVENT? Don’t worry. Watch some highlights below 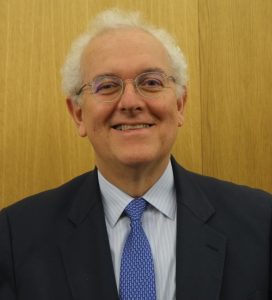 José Antonio Ocampo is the former Minister of Finance of Colombia, who served as the Under-Secretary General for Economic and Social Affairs of the United Nations from 2003 to 2007. He is Professor in International and Public Affairs at Columbia University. He is a graduate of the University of Notre Dame and received his PhD in Economics from Yale University. He has also served as Member of the Commission of Experts of the UN General Assembly on Reforms of the International Monetary and Financial System. From 2008-2010, Jose was co-director of the UNDP Project on “Agenda for Citizens Democracy in Latin America.”. Mr. Ocampo is a Commissioner of ICRICT, the Independent Commission for the Reform of International Corporate Taxation. 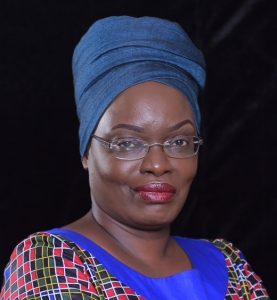 Irene Ovonji-Odida is a Ugandan lawyer, politician, and women’s rights activist. She was in the Uganda Law Reform Commission and as researcher in the Uganda Constitutional Commission, contributed to the writing of the 1995 Ugandan Constitution. Irene was on a women’s lobby that helped to shape the East African Community treaty. She has chaired various charities including ActionAid International and carried out election monitoring in Uganda and Tanzania. She was an elected member of the East African Legislative Assembly from 2001 to 2006. Irene has been in the forefront of campaigns for social justice, gender equality, and human rights. She was chief executive of the Ugandan Association of Women Lawyers till 2018. Ms. Ovonji-Odida is a Commissioner of ICRICT, the Independent Commission for the Reform of International Corporate Taxation.

Krishen Mehta is a former partner of PricewaterhouseCoopers and served in their New York, London, and Tokyo practices for 30 years. He is currently a Senior Global Justice Fellow at Yale University, and also non-executive Director of the Tax Justice Network. He has taught at a number of Universities, and is a Trustee of the Institute of Current World Affairs in Washington, DC, and the Social Science Foundation at the University of Denver. He is a member of the Asia Advisory Council of Human Rights Watch, and was co-editor of the book, Global Tax Fairness, published by Oxford University Press in 2016.

We are trying our best to keep the community informed about foreign affairs, and we would appreciate if you can support us to keep this virtual briefing series going. No amount is too small</p