Sanctions: Diplomatic Tool or Warfare by Other Means?

For years sanctions have been an increasingly popular tool of policymakers, not just in the United States, but at the UN and around the world. During the recent showdown with Russian troop buildup on Ukraine’s border, Washington announced the harshest sanctions yet to simultaneously punish Russia and deter further escalation. Yet, sanctions have been on Russia for years, and even targeted ones do not always deter bad behavior. The tool is one that has also been criticized for being ineffective, resulting in unintended consequences, and used as a shortcut for thoughtful diplomatic engagement. What is the relationship between sanctions and diplomacy?
Join us on Tuesday, March 1st, 2022 at 12 PM EST for an hour-long panel discussion between Ambassador Daniel Fried, Weiser Family Distinguished Fellow at the Atlantic Council and Visiting Professor at Warsaw University; Dr. Erica Moret, Senior Researcher at the Centre for Global Governance and Visiting Lecturer at the Department of International Relations/Political Science at the Graduate Institute, Geneva; and Dr. Benjamin Coates, Associate Professor of History at Wake Forest University, on the question above and more. 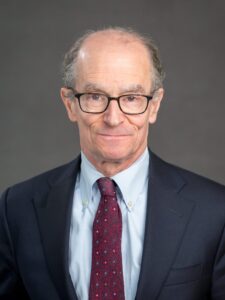 In the course of his forty-year Foreign Service career, Ambassador Fried played a key role in designing and implementing American policy in Europe after the fall of the Soviet Union. As Special Assistant and NSC Senior Director for Presidents Clinton and Bush, Ambassador to Poland, and Assistant Secretary of State for Europe (2005-09), Ambassador Fried helped craft the policy of NATO enlargement to Central European nations and, in parallel, NATO-Russia relations, thus advancing the goal of Europe whole, free, and at peace. During those years, the West’s community of democracy and security grew in Europe. Ambassador Fried helped lead the West’s response to Moscow’s aggression against Ukraine starting in 2014: as State Department Coordinator for Sanctions Policy, he crafted U.S. sanctions against Russia, the largest U.S. sanctions program to date, and negotiated the imposition of similar sanctions by Europe, Canada, Japan and Australia.

As Polish Desk Officer in the late 1980s, Fried was one of the first in Washington to recognize the impending collapse of Communism in Poland, and helped develop the immediate response of the George H.W. Bush Administration to these developments. As Political Counselor at the U.S. Embassy in Warsaw (1990-93), Fried witnessed Poland’s difficult but ultimately successful free market, democratic transformation, working with successive Polish governments.

Ambassador Fried also served as the State Department’s first Special Envoy for the Closure of the Guantanamo (GTMO) Detainee Facility. He established procedures for the transfer of individual detainees and negotiated the transfers of 70 detainees to 20 countries, with improved security outcomes.

Ambassador Fried is currently a Weiser Family Distinguished Fellow at the Atlantic Council. He is also on the Board of Directors of the National Endowment for Democracy and a Visiting Professor at Warsaw University.

Dan Fried has been married to Olga Karpiw since 1979; they have two children (Hannah and Sophie), and are the besotted grandparents of Ava Helen and Zora Fried Hanley. 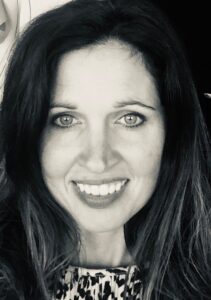 Dr. Erica Moret is an expert on sanctions, global security, European foreign policy, and humanitarian affairs.  She is a Senior Researcher at the Global Governance Centre (IHEID) & Geneva Centre of Humanitarian Studies (Université de Genève / IHEID) as well as Visiting Lecturer at the Department of International Relations/ Political Science, IHEID & Paris School of International Affairs (PSIA), Sciences-Po.  She is Coordinator & co-founder of the Geneva International Sanctions Network (GISN) and Associate Editor of the Journal of Global Security Studies (JoGSS). She holds a DPhil (PhD) and MSc from the University of Oxford and is also a graduate from France’ Ecole Nationale d’Administration (ENA). Her sanctions-related publications include those on Russia, Iran, Syria, North Korea, Venezuela and Cuba, and in relation to cyber security, chemical weapons abuses, humanitarian concerns, and informal governance. She has provided evidence to both the UK House of Lords and UK House of Commons Inquiries on the future of sanctions after Brexit. She ran an initiative until 2020 on behalf of the Swiss government and the European Commission on humanitarian payments into Syria in light of de-risking associated with sanctions and wider regulations and is currently running a UN project on the political economy of remittance flows into Syria in light of sanctions, the pandemic and the Lebanese financial crisis.  She also coordinates a project at the Graduate Institute funded by the Swiss Network of International Studies focusing on challenges faced by medicine, food, and vaccine companies, as well as humanitarian organizations, operating heavily sanctioned countries suffering from de-risking. Her earlier advisory work on sanctions includes that to UNICEF, the UN’s Office of the High Commissioner on Human Rights, the UN Human Rights Council, the Office of the UN Special Envoy on Syria, the EU and the Governments of Canada, Germany and France. 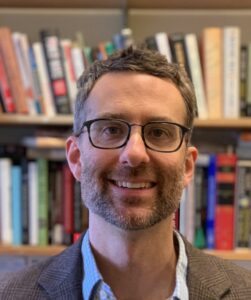 Ben Coates is Associate Professor of History at Wake Forest, where he teaches courses in the history of the US and the World and in legal history.
He is the author of Legalist Empire (Oxford University Press) and is currently working on a history of economic sanctions in the United States during the 20th century.
Ben is a co-editor of the US and the World book series with Cornell University Press.