In the wake of Russia’s invasion of Ukraine, the world is witnessing Putin’s Politik in full force. Over the years, several measures from the Kremlin have been seen as attempts to debilitate NATO and its potential partners. Both China and Russia, albeit in different ways, are challenging the liberal world order with their actions and statements that their systems provide an alternative to the US-dominated Western model. What is the vision of this new order under Putin’s leadership? Is the vision shared beyond Putin? How do Russia’s diplomatic relationships figure into its strategy? Join our panelists, Boris Bondarev, former Russian Diplomat; Dr. Andrea Kendall-Taylor, Director of the Transatlantic Security Program at the Center for a New American Security; and Andrew S. Weiss, Vice President for studies at the Carnegie Endowment for International Peace on Thursday, December 1st at 12 PM ET to explore how Russia sees the future structure of relations between states, and what the United States can do to strengthen the current international liberal order. 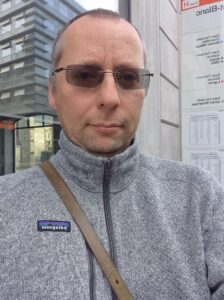 Boris Bondarev was a former Russian diplomat. From 2019 to 2022, he was the disarmament counsellor of the Russian Mission to the UN Office at Geneva where he focused on issues of multilateral diplomacy in disarmament, non-proliferation and arms control, Russia-US dialogue, Biological and Toxin Weapons Convention, and Convention on Certain Conventional Weapons. He has served several positions at the Russian Ministry of Foreign Affairs, including: First Secretary and Counsellor at the Department of Non-proliferation and Arms Control (Jul. 2013 – Nov. 2019), Second Secretary of the Russian embassy in Mongolia (2009-2013), Third Secretary at the Department of International Organizations (2006-2009), and Assistant Attache at the Russian Embassy in Cambodia (2006-2009). Boris speaks English, Russian, and Khmer. 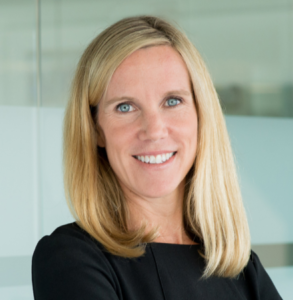 Andrea Kendall-Taylor is a Senior Fellow and Director of the Transatlantic Security Program at CNAS. She works on national security challenges facing the United States and Europe, focusing on Russia, authoritarianism and threats to democracy, and the state of the transatlantic alliance.
Prior to joining CNAS, Kendall-Taylor served for eight years as a senior intelligence officer. From 2015 to 2018, she was deputy national intelligence officer for Russia and Eurasia at the National Intelligence Council (NIC) in the Office of the Director of National Intelligence (DNI). In this role, Kendall-Taylor led the U.S. intelligence community’s (IC) strategic analysis on Russia, represented the IC in interagency policy meetings, provided analysis to the National Security Council, and briefed the DNI and other senior staff for White House and international meetings. Prior to joining the NIC, Kendall-Taylor was a senior analyst at the Central Intelligence Agency where she worked on Russia and Eurasia, the political dynamics of autocracies, and democratic decline.
Outside CNAS, Kendall-Taylor is a CNN national security analyst. She is also an adjunct professor at Georgetown University’s School of Foreign Service. Her work has been published in numerous political science and policy journals, including Journal of Peace Research, Democratization, Journal of Democracy, Foreign Affairs, The Washington Post, The Washington Quarterly, and Foreign Policy.
Kendall-Taylor received her BA in politics from Princeton University and her PhD in political science from the University of California, Los Angeles. She was a Fulbright scholar in Azerbaijan and Kazakhstan, where she conducted dissertation research on oil and autocracy. 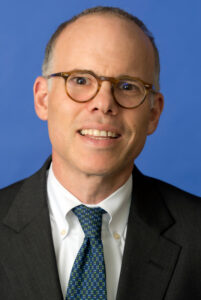 Andrew S. Weiss is the James Family Chair and vice president for studies at the Carnegie Endowment for International Peace, where he oversees research on Russia and Eurasia. His graphic novel biography of Vladimir Putin, Accidental Czar: the Life and Lies of Vladimir Putin, will be published by First Second/Macmillan in November 2022.
Prior to joining Carnegie, he was director of the RAND Corporation’s Center for Russia and Eurasia and executive director of the RAND Business Leaders Forum.
Weiss’s career has spanned both the public and private sectors. He previously served as director for Russian, Ukrainian, and Eurasian Affairs on the National Security Council staff, as a member of the State Department’s Policy Planning Staff, and as a policy assistant in the Office of the Under Secretary of Defense for Policy during the administrations of Presidents Bill Clinton and George H. W. Bush.
Before joining RAND, Weiss was a vice president and investment strategist at American International Group, Inc. subsidiary companies, where he worked primarily on global commodities, energy, and foreign exchange markets.