The Geopolitics of Technology: Propaganda and Misinformation in the Digital Age

Information overload and their abuse by authoritarian/populist regimes: How have emerging technologies served to generate and spread convincing misinformation at a massive scale around the world? How can democracies worldwide face the challenges posed by an at-times dangerous and contested online sphere increasingly characterized by violence and propaganda? Join us in a panel discussion on Tuesday, July 19th from 12 pm to 1 PM ET with Dr. Kalev Leetaru, Media Fellow at the RealClearFoundation and a Senior Fellow at the George Washington University Center for Cyber & Homeland Security; and Chris Meserole, Fellow in Foreign Policy at the Brookings Institutions and Director of research for the Brookings Artificial Intelligence and Emerging Technology Initiatives. This event is a part of Network 20/20’s Geopolitics of Technology Series. 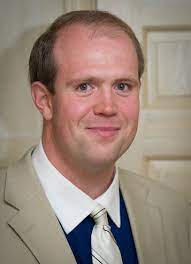 Kalev Leetaru is a Media Fellow at the RealClearFoundation and a Senior Fellow at the George Washington University Center for Cyber & Homeland Security, where he also serves on its Counterterrorism and Intelligence Task Force. From 2013-2014 he was the Yahoo! Fellow in Residence of International Values, Communications Technology & the Global Internet and in 2014 was an Adjunct Assistant Professor in the Edmund A. Walsh School of Foreign Service at Georgetown University in Washington, DC. From 2014-2015 he was a Council Member of the World Economic Forum’s Global Agenda Council on the Future of Government. Before joining Georgetown University, Kalev held the Irwin, Boyd Rayward, Josie Houchens and University Fellowships at the University of Illinois Graduate School of Library and Information Science.

One of the leading innovators of the internet era, for 23 years Kalev H. Leetaru has been at the forefront of reimagining how we understand our world through some of largest datasets and computing platforms on the planet. His landmark studies have profoundly reshaped the way we use data in the study of human society and even redefined what “big data” is, leading Der Speigel to call him “one of the superstars of the new discipline”.

Kalev’s work has been featured in publications from Nature to the New York Times and in the presses of more than 100 nations. In 2011 The Economist selected his Culturomics 2.0 study as one of just five science discoveries deemed the most significant developments of 2011, while the following year HPCWire awarded him the Editor’s Choice Award for Edge HPC (High Performance Computing) “representing the highest level of honor and recognition given to the thought leaders in the HPC community” and in 2013 noted “his research helped usher in the era of petascale humanities,” while later that year his work on Twitter was recognized by Harvard’s Neiman Lab as the top social media study of 2013. In 2015 he was interviewed extensively as part of a History Channel 2-hour special on Nostradamus and the future of forecasting. 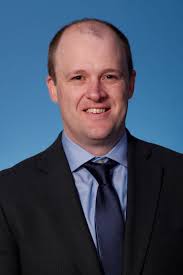 Chris Meserole is a fellow in Foreign Policy at the Brookings Institution and director of research for the Brookings Artificial Intelligence and Emerging Technology Initiative. He is also an adjunct professor at Georgetown University.

Meserole’s current research is focused on two major streams. The first is how democratic governments and societies should respond to the exploitation of digital technologies by both extremist movements and authoritarian regimes. He has written widely on the challenges posed by extremist recruitment and mobilization online, and serves as a co-facilitator of the Global Internet Forum to Counter Terrorism’s working group on content-sharing algorithms. He has also advised a wide range of government offices on extremist use of the internet, as well as the Christchurch Call workstream on algorithms and radicalization.

Relatedly, Meserole has also published and spoken frequently on the rise of digital authoritarianism. As smartphones and remote sensors have proliferated, illiberal regimes have leveraged new forms of digital surveillance — typically under the pretense of counterterrorism and counter-extremism — to repress minority groups and human rights dissidents around the world. Meserole is particularly concerned with the global spread of Chinese surveillance infrastructure and governance models, which he described in a co-authored report on “Exporting Digital Authoritarianism” as well as testimony to a United States Commission on International Religious Freedom hearing on digital repression in China.