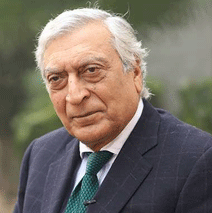 Dr. Kanwal Sibal joined the Indian Foreign Service in July 1966, eventually serving as the Foreign Secretary of India from July 2002 to November 2003.

*Space is limited. Registration is on a first come, first served basis.