The Presidential Election in Brazil:
What to Expect and Prepare For 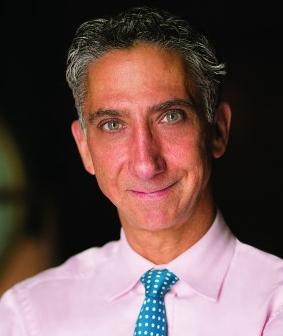 Explore the upcoming Presidential Election in Brazil with Dr. Christopher Sabatini, who will impart a clearer, deeper understanding of the complicated race. Dr. Sabatini will also touch on Brazil’s current economic situation and provide background information on the circumstances leading up to the current political climate.

Christopher Sabatini is an adjunct professor at the School of International and Public Affairs (SIPA) at Columbia University, the founder and executive director of the new research non-profit, Global Americans and the editor of its news and opinion website www.TheGlobalAmericans.org. With support from the National Endowment for Democracy and the Ford Foundation and the Taiwan Foundation for Democracy, Global Americans conducts research on social inclusion and foreign policy and democracy and human rights. In September 2015 he was recognized as the best professor of a small class in SIPA.

From 2005 to 2014, he was the senior director of policy at the Americas Society and Council of the Americas (AS/COA) and the founder and editor-in-chief of the hemispheric policy magazine Americas Quarterly (AQ). At the AS/COA, Dr. Sabatini chaired the organization’s Rule of Law working group, which published a report on rule of law in the hemisphere entitled Rule of Law, Economic Growth and Prosperity (also available in Spanish). He also chaired the AS/COA Cuba Working Group. In 2007, Dr. Sabatini launched AQ and maintained a regular blog on policy in the Americas on the magazine’s website (www.americasquarterly.org).

From 1997 to 2005, Dr. Sabatini was the Director for Latin America and the Caribbean at the National Endowment for Democracy. From 1995 to 1997, he was a Diplomacy Fellow with the American Association for the Advancement of Science, working at the U.S. Agency for International Development’s Center for Democracy and Governance. He has served as an advisor to the World Bank and the U.S. Agency for International Development. He has published numerous articles on Latin America, U.S. foreign policy, democratization, and economic development in the region. He has testified multiple times before the U.S. Senate and the U.S. House of Representatives.

Dr. Sabatini is a regularly contributor to The New York Times, Foreign Affairs, Foreign Policy, and World Politics Review.  He is frequently quoted in Bloomberg News, The New York Times, The Washington Post, The Financial Times, The Christian Science Monitor, NPR, The Miami Herald, CNN, and CNN en Español. He has a PhD in Government from the University of Virginia.