The Pursuit of Predictability: U.S.-Russia Relations in the Biden Administration

President Biden, the 4th U.S. President to work with Russian President Vladimir Putin, is aiming for “stability and predictability” in relations with Russia. Are those workable goals and what will it take from both sides to achieve that? What does the narrative about Russia in the United States get right and what does it miss? Join us Thursday, October 21, 2021, at 12:00 PM-1:00 PM ET for a conversion with Ambassador Alexander Vershbow, Distinguished Fellow at the Atlantic Council, and former Deputy Secretary of NATO from 2012-2016; and Katrina vanden Heuvel, editorial director and publisher of The Nation and co-author of Voices of Glasnost: Interviews with Gorbachev’s Reformers. 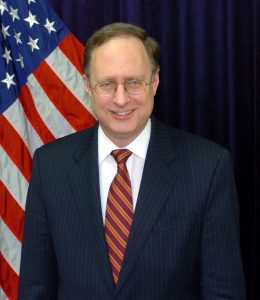 Ambassador Alexander Vershbow is a Distinguished Fellow at the Atlantic Council in Washington, D.C. He was Deputy Secretary General of NATO from 2012 to 2016, the first American to hold that position. He was directly involved in shaping the Alliance’s response to Russia’s aggression against Ukraine, adapting NATO’s deterrence posture, and deepening NATO’s partnerships across the globe. A career diplomat since 1977, Vershbow served as U.S. Assistant Secretary of Defense for International Security Affairs (2009-2012), U.S. Ambassador to the Republic of Korea (2005-2008), U.S. Ambassador to Russia (2001-2005) and U.S. Ambassador to NATO (1998-2001). He also held numerous senior positions in Washington, including Special Assistant to the President for European Affairs at the National Security Council (1994-97) and State Department Director of Soviet Union Affairs (1988-91). Vershbow received a B.A. in Russian and East European Studies from Yale University and a Master’s in International Relations from Columbia University. 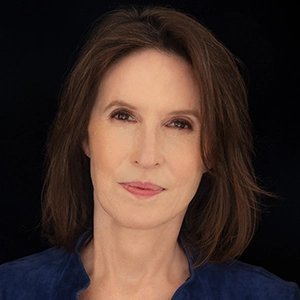 Katrina vanden Heuvel is editorial director and publisher of The Nation. She served as editor of the magazine from 1995 to 2019.
She writes a weekly column for The Washington Post.
A frequent commentator on US and international politics for ABC, MSNBC, CNN, and PBS, her articles have appeared in The New York Times, The Los Angeles Times and The Boston Globe. Vanden Heuvel is also the author of several books, including The Change I Believe In: Fighting for Progress in The Age of Obama, and co-author (with Stephen F. Cohen) of Voices of Glasnost: Interviews with Gorbachev’s Reformers.
Vanden Heuvel has been recognized for her journalism and public service by organizations such as Planned Parenthood, the National Women’s Political Caucus, the New York Civil Liberties Union, the Center for Community Change, the Norman Mailer Center, the Eleanor Roosevelt Center at Val-Kill, American Rights at Work, Progressive Congress, and more. During her tenure, The Nation’s journalism has been recognized for excellence by the National Magazine Awards, the Society of Professional Journalists, the Maggie Awards, GLAAD, and the National Association of Black Journalists, among others.
Vanden Heuvel serves on the boards of the Progressive Caucus Center, the Institute for Policy Studies, Type Media Center, the Sidney Hillman Media Foundation, the American Committee for US-Russian Accord, Inequality Media, Brave New Films, the Osborne Association, Research to Prevent Blindness, the Franklin and Eleanor Roosevelt Institute, and the Four Freedoms Park Conservancy. She is a member of the Council on Foreign Relations and the Century Association.
Vanden Heuvel is a summa cum laude graduate of Princeton University, and she lives in New York City.