What to Expect from a Post-Merkel Germany

Angela Merkel stepped down as Chancellor of Germany after a 16-year term. After a close election last month, Olaf Scholz’s Social Democrats (SDP) won a plurality of votes. If Scholz can negotiate with the Greens and Free Democrats to form a coalition, he will be confirmed as Merkel’s successor. How does Germany go forward with a new coalition and a new chancellor? What will the future hold for Germany when tackling key issues such as climate change and finance? Join us Monday, October 18, 2021, at 11:00 AM-12:00 PM ET for a conversation with William Drozdiak, Award-winning Journalist and Author and author of Fractured Continent: Europe’s Crises & The Fate of the West; Naz Masraff, Director of Eurasia Group; and Erik Brattberg, Director of the European Program and Fellow at Carnegie Endowment for International Peace. 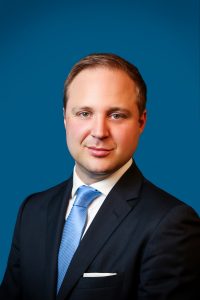 Erik Brattberg is director of the Europe Program and a fellow at the Carnegie Endowment for International Peace in Washington. He is an expert on European politics and security and transatlantic relations. His current research at Carnegie focuses on the U.S. policy toward the EU and NATO, transatlantic cooperation in an age of great power competition, the EU’s approach toward technology, and Europe’s relations with China and Asia.
He joined Carnegie from the McCain Institute for International Leadership at Arizona State University where he was the director for special projects and a senior fellow and helped launch the Kissinger Fellowship. Brattberg was previously the Ron Asmus Policy Entrepreneur Fellow at the German Marshall Fund, a senior fellow at the Atlantic Council’s Scowcroft Center, adjunct senior fellow at Center for a New American Security, visiting Fulbright fellow at Center for Transatlantic Relations at Johns Hopkins University SAIS, visiting fellow at the European Policy Centre in Brussels, consulting researcher at SIPRI and European Council on Foreign Relations, and a research associate at the Swedish Institute of International Affairs. He also has work experience from the Folke Bernadotte Academy and Permanent Mission of Sweden to the United Nations in New York. He has consulted for Oxford Analytica and Spitzberg Partners and is a member of the steering committee of the Transatlantic Democracy Working Group.
His numerous articles and commentary have appeared in the Washington Post, Financial Times, Foreign Policy, the Washington Quarterly, Internationale Politik Quarterly, Politico, the Atlantic, the National Interest, the American Interest, South China Morning Post, and War on the Rocks. He is a frequent expert commentator to major news outlets, including ABC News, Al Jazeera, BBC News, Bloomberg, CNBC, CNN, Deutsche Welle, France 24, NBC News, and NPR. His research has been published in peer-reviewed journals and by institutions such as Johns Hopkins University SAIS, the Center for Strategic and International Studies, the German Council on Foreign Relations, and the European Policy Centre. He frequently lectures at universities and think tanks and has testified before the European Parliament’s Committee on Foreign Affairs and the U.S.-China Economic and Security Review Commission.
He holds a master of science in foreign service (MSFS) from Georgetown University and master’s and bachelor’s degrees in political science from Uppsala University. 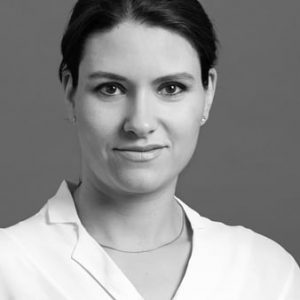 Naz Masraff directs the Eurasia Group’s analysis of Germany, Turkey, and emerging European markets. Her primary focuses are on political economy, central bank policies and foreign policy.
Prior to joining the firm, Naz taught EU foreign policy, European politics, and public policy to graduate and undergraduate students at the London School of Economics and Political Science (LSE), where she received a teaching award from the Government Department. She also worked as a research assistant for several leading scholars at the LSE, specializing in EU enlargement and neighborhood policies. Naz holds a doctorate in international relations from the LSE, with a focus on the EU’s political conditionality towards accession countries. In 2013, hers was named the Best Dissertation in EU Studies by the European Union Studies Association. Naz also earned a master of philosophy degree in European politics from St Antony’s College, Oxford University. 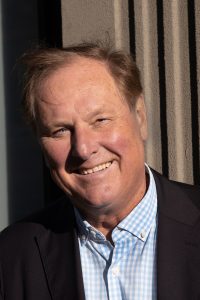 For more than four decades, William Drozdiak has been regarded as one of the most knowledgeable American observers of European affairs. During his tenure as foreign editor of the Washington Post, the newspaper won Pulitzer Prizes for its international reporting on the Israeli-Palestinian conflict and the collapse of the Soviet communist empire. He also served as the Post’s chief European correspondent, based at various times in Bonn, Berlin, Paris and Brussels, and covered the Middle East for Time magazine. He later become the founding executive director of the German Marshall Fund’s Transatlantic Center in Brussels and served for ten years as president of the American Council on Germany. Before becoming a journalist, he played professional basketball in the United States and Europe for seven years. His highly acclaimed book, “Fractured Continent: Europe’s Crises and the Fate of the West,” was selected by the Financial Times as one of the best political books of 2017. His latest book, “The Last President of Europe: Emmanuel Macron’s Race to Revive France and Save the World,” which focuses on France’s youthful president and his efforts to shape the future of Europe and a new work order, was published by Hachette and PublicAffairs in April 2020.