Economic Emergency: The G20’s Role in a Covid-Induced Crisis

The next Group of 20 (G20) summit will take place between 21-22 November 2020 in Riyadh, Saudi Arabia, involving world leaders from 19 countries and the European Union. This group accounts for around 90% of the gross world product, 80% of world trade, two-thirds of the world population, and approximately half of the world land area. If acting together, there is no doubt that it can get the world economy, which is in deep crisis due to Covid-19, back on track. What can they do and how will they do that? Tune in this Thursday, November 19 to listen to the answers from Shawn Donnan, Senior writer for Bloomberg New; Clemence Landers, Policy Fellow at the Center for Global Development; and Adam Posen, President of the Peterson Institute for International Economics.

COULDN’T ATTEND OUR EVENT? Don’t worry. You can watch some highlights below: 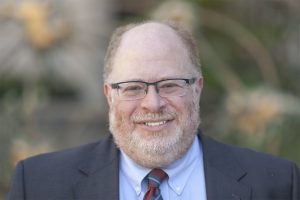 Adam S. Posen has been president of the Peterson Institute for International Economics since January 2013, having joined PIIE in 1997. He has contributed to research and public policy regarding monetary and fiscal policies in the G-20, the challenges of European integration since the adoption of the euro, and China-US economic relations. He was one of the first economists to address the political foundations of central bank independence and to analyse Japan’s Great Recession as a failure of macroeconomic policy. While an economist at the Federal Reserve Bank of New York from 1994–97, he co-authored Inflation Targeting: Lessons from the International Experience with Ben Bernanke, Thomas Laubach, and Frederic Mishkin. From 2009-12, Posen served as an external voting member of the Bank of England’s rate-setting Monetary Policy Committee. In 2019, he was named an inaugural CEPR Distinguished Fellow. Posen received his BA and PhD from Harvard University. 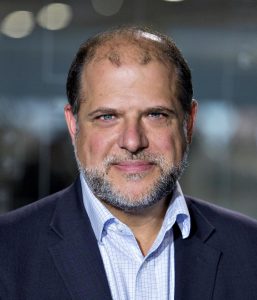 Shawn Donnan is a senior writer for Bloomberg News where he covers world trade and globalization across the organization’s many platforms from TV to Businessweek, the magazine. He joined Bloomberg in 2018 from the Financial Times where he served most recently as World Trade Editor. Prior to that Donnan was the FT’s World News Editor, coordinating the paper’s global coverage of economics and politics. He also worked as a correspondent and editor for the FT in Indonesia and Hong Kong, from where he edited the paper’s China coverage. He is a graduate of Boston University. 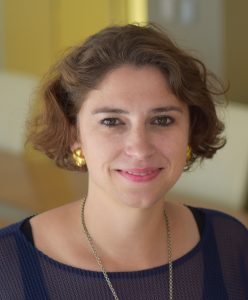 Clemence Landers is a policy fellow at the Center for Global Development and works on the US Development Policy Initiative.
Prior to joining CGD, she worked at the U.S. Treasury Department on U.S. engagement with the multilateral development banks and as a desk economist covering several countries in the Middle East and North Africa region. Later, she served as an Advisor to the U.S. Executive Director at the World Bank where she worked on the replenishment of the International Development Association (IDA) and represented the U.S. government on several board committees. After leaving the Bank, she joined the Tony Blair Institute for Global Change where she led the organization’s expansion into Francophone West Africa.
Before joining the US government, Landers had a Scott Family Liberia Fellowship and served as an Advisor to the Liberian Finance Minister under Ellen Johnson-Sirleaf. In this capacity she worked on Liberia’s landmark debt relief agreement and a range of economic policy issues.
Landers holds degrees from Sciences Po and Cornell University.