The Next President’s Inbox: A World of Increasing Disarray

COULDN’T ATTEND OUR EVENT? Don’t worry. You can watch some highlights below: 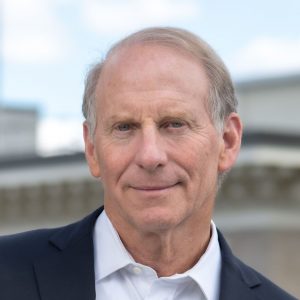 Dr. Richard Haass is a veteran diplomat, a prominent voice on American foreign policy, and an established leader of nonprofit institutions. He is in his eighteenth year as president of the Council on Foreign Relations, an independent, nonpartisan membership organization, think tank, publisher, and educational institution dedicated to being a resource to help people better understand the world and the foreign policy choices facing the United States and other countries.
In 2013, he served as the chair of the multiparty negotiations in Northern Ireland that provided the foundation for the 2014 Stormont House Agreement. For his efforts to promote peace and conflict resolution, he received the 2013 Tipperary International Peace Award.
From January 2001 to June 2003, Dr. Haass was director of policy planning for the Department of State, where he directed the policy planning staff and was a principal advisor to Secretary of State Colin Powell. Confirmed by the U.S. Senate to hold the rank of ambassador, Dr. Haass also served as U.S. coordinator for policy toward the future of Afghanistan and U.S. envoy to the Northern Ireland peace process.
Dr. Haass has extensive additional government experience. From 1989 to 1993, he was special assistant to President George H.W. Bush and senior director for Near East and South Asian affairs on the staff of the National Security Council. In 1991, Dr. Haass was awarded the Presidential Citizens Medal for his contributions to the development and articulation of U.S. policy during Operations Desert Shield and Desert Storm. Previously, he served in the Departments of State (1981–1985) and Defense (1979–1980), and was a legislative aide in the U.S. Senate.
A Rhodes Scholar, Dr. Haass holds a bachelor’s degree from Oberlin College and master’s and doctorate of philosophy degrees from Oxford University. He has also received numerous honorary degrees and was a member of the faculty of Harvard University’s Kennedy School of Government and Hamilton College.
Dr. Haass is the author or editor of fourteen books on American foreign policy and one book on management. His latest book is The World: A Brief Introduction, published by Penguin Press.
Dr. Haass was born in Brooklyn, New York, and lives in New York City. 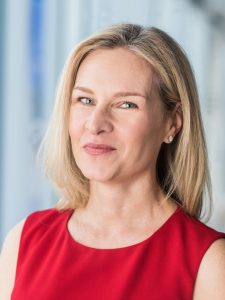 Mary Louise Kelly is a co-host of All Things Considered, NPR’s award-winning afternoon newsmagazine.
Previously, she spent a decade as national security correspondent for NPR News, and she’s kept that focus in her role as anchor. That’s meant taking All Things Considered to Russia, North Korea, and beyond (including live coverage from Helsinki, for the infamous Trump-Putin summit). Her past reporting has tracked the CIA and other spy agencies, terrorism, wars, and rising nuclear powers. Kelly’s assignments have found her deep in interviews at the Khyber Pass, at mosques in Hamburg, and in grimy Belfast bars.
Kelly first launched NPR’s intelligence beat in 2004. After one particularly tough trip to Baghdad — so tough she wrote an essay about it for Newsweek — she decided to try trading the spy beat for spy fiction. Her debut espionage novel, Anonymous Sources, was published by Simon and Schuster in 2013. It’s a tale of journalists, spies, and Pakistan’s nuclear security. Her second novel, The Bullet, followed in 2015.
Kelly’s writing has appeared in the Wall Street Journal, The New York Times, The Washington Post, Politico, Washingtonian, The Atlantic, and other publications. She has lectured at Harvard and Stanford, and taught a course on national security and journalism at Georgetown University. In addition to her NPR work, Kelly serves as a contributing editor at The Atlantic, moderating newsmaker interviews at forums from Aspen to Abu Dhabi.
A Georgia native, Kelly’s first job was pounding the streets as a political reporter at the Atlanta Journal-Constitution. In 1996, she made the leap to broadcasting, joining the team that launched BBC/Public Radio International’s The World. The following year, Kelly moved to London to work as a producer for CNN and as a senior producer, host, and reporter for the BBC World Service.
Kelly graduated from Harvard University in 1993 with degrees in government, French language, and literature. Two years later, she completed a master’s degree in European studies at Cambridge University in England.

About The World: A Brief Introduction: 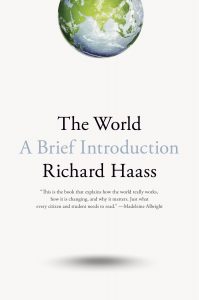