Earlier this month, the United States released a joint statement with four other nuclear-wielding countries reaffirming that nuclear war cannot be won, and must never be fought. Yet, while discussion of multilateral nuclear disarmament has grown, these five nuclear weapons states are all modernizing or expanding their arsenals. The Biden administration has formally begun a review of U.S. nuclear weapons policy that is due in August. What can we expect from this review, and what are the long-term prospects for the U.S. nuclear arsenal? Is nuclear disarmament likely to be achieved apropos Iran’s latency, or China’s (supposed) expansion? Should we be concerned about the current status of world nuclear forces, or optimistic? Tune in for a discussion of these questions and more on Tuesday, February 1st from 12:00 PM to 1:00 PM ET, when we are joined by Professor Scott Sagan, Caroline S.G. Munro Professor of Political Science, Mimi and Peter Haas University Fellow in Undergraduate Education, and Senior Fellow at the Center for International Security and Cooperation and the Freeman Spogli Institute at Stanford University. Moderating the event is Rachel Bronson, president and CEO of the Bulletin of the Atomic Scientists. 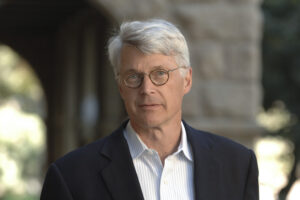 Scott D. Sagan is the Caroline S.G. Munro Professor of Political Science, the Mimi and Peter Haas University Fellow in Undergraduate Education, and Senior Fellow at the Center for International Security and Cooperation and the Freeman Spogli Institute at Stanford University. He also serves as Chairman of the American Academy of Arts and Sciences’ Committee on International Security Studies. Before joining the Stanford faculty, Sagan was a lecturer in the Department of Government at Harvard University and served as special assistant to the director of the Organization of the Joint Chiefs of Staff in the Pentagon. Sagan has also served as a consultant to the office of the Secretary of Defense and at the Sandia National Laboratory and the Los Alamos National Laboratory.

Sagan is the author of Moving Targets: Nuclear Strategy and National Security (Princeton University Press, 1989); The Limits of Safety: Organizations, Accidents, and Nuclear Weapons (Princeton University Press, 1993); and, with co-author Kenneth N. Waltz, The Spread of Nuclear Weapons: An Enduring Debate (W.W. Norton, 2012). He is the co-editor of Learning from a Disaster: Improving Nuclear Safety and Security after Fukushima (Stanford University Press, 2016) with Edward D. Blandford and co-editor of Insider Threats (Cornell University Press, 2017) with Matthew Bunn. Sagan was also the guest editor of a two-volume special issue of Daedalus: Ethics, Technology, and War (Fall 2016) and The Changing Rules of War (Winter 2017).

Recent publications include “Does the Noncombatant Immunity Norm Have Stopping Power?” with Benjamin A. Valentino in International Security (Fall 2020); “Why the atomic bombing of Hiroshima would be illegal today” with Katherine E. McKinney and Allen S. Weiner in The Bulletin of the Atomic Scientists (July 2020); “Weighing Lives in War: How National Identity Influences American Public Opinion about Foreign Civilian and Compatriot Fatalities” with Benjamin A. Valentino in the Journal of Global Security Studies (December 2019); “On Reciprocity, Revenge, and Replication: A Rejoinder to Walzer, McMahan, and Keohane” with Benjamin A. Valentino in Ethics & International Affairs (Winter 2019); and “Armed and Dangerous: When Dictators Get the Bomb” in Foreign Affairs (October 2018).

In 2018, Sagan received the Andrew Carnegie Fellowship from the Carnegie Corporation of New York. In 2017, he received the International Studies Association’s Susan Strange Award which recognizes the scholar whose “singular intellect, assertiveness, and insight most challenge conventional wisdom and intellectual and organizational complacency” in the international studies community. Sagan was also the recipient of the National Academy of Sciences William and Katherine Estes Award in 2015, for his work addressing the risks of nuclear weapons and the causes of nuclear proliferation. The award, which is granted triennially, recognizes “research in any field of cognitive or behavioral science that advances understanding of issues relating to the risk of nuclear war.” In 2013, Sagan received the International Studies Association’s International Security Studies Section Distinguished Scholar Award. He has also won four teaching awards: Stanford’s 1998-99 Dean’s Award for Distinguished Teaching; Stanford’s 1996 Hoagland Prize for Undergraduate Teaching; the International Studies Association’s 2008 Innovative Teaching Award; and the Monterey Institute for International Studies’ Nonproliferation Education Award in 2009.

Rachel Bronson is the president and CEO of the Bulletin of the Atomic Scientists, where she oversees the publishing programs, management of the Doomsday Clock, and a growing set of activities around nuclear weapons, nuclear energy, climate change, and disruptive technologies. Before joining the Bulletin, she served for eight years at the Chicago Council on Global Affairs in a number of capacities including: vice president of studies, vice president of programs and studies, and senior fellow, global energy. Bronson also taught “Global Energy” as an adjunct professor at the Kellogg School of Management. She earned a BA in history at the University of Pennsylvania and a MA and PhD in political science from Columbia University.