Health Without a Home: the Impacts of COVID-19 on Refugees 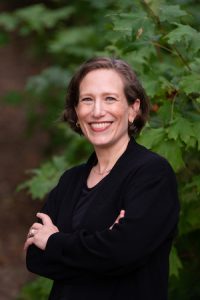 Adrienne L. Fricke is a Senior Fellow at the Harvard Humanitarian Initiative and a consultant specializing in human rights and refugee-related issues in the Middle East and Africa. Since 2007, she has worked with Physicians for Human Rights, advising its work on Sudan and Syria.  She is the author of PHR’s “Chaos and Fire: An Analysis of Sudan’s June 3, 2019 Khartoum Massacre,” and has contributed to other PHR reports including, “Aleppo Abandoned: A Case Study on Health Care in Syria,” and “Nowhere to Turn: Failure to Protect, Support, and Assure Justice for Darfuri Women.”

Fricke has served as the Africa Legal Advisor to the Global Justice Center, a legal NGO that works with women leaders on the enforcement of international equality guarantees. For Refugees International, she traveled to Sudan and co-authored an analysis of its rape laws, “Laws Without Justice: an Assessment of Sudanese Laws Affecting Survivors of Rape.” Fricke was a member of the Coalition for International Justice’s Atrocities Documentation Team, traveling to refugee camps in eastern Chad to take witness statements from Darfuri refugees.  For the Public International Law and Policy Group, she worked in Cox’s Bazar, Bangladesh to document atrocities committed against the Rohingya in Myanmar’s Rakhine State.  She was also a Clinical Fellow at Harvard Law School’s Human Rights Program.

Fricke has particular expertise in Syria, having lived there first as a Fulbright recipient and then while pursuing research among former Syrian political prisoners for her graduate degree. She is the lead author of “Policy Implications of Alternate Medical and Nursing Education in northwest Syria” (forthcoming Summer 2020, Oxford Middle East Review) and co-author of “Uncounted and Unacknowledged: Syria’s Refugee University Students and Academics in Jordan,” and the companion assessments, “The War Follows Them: Syria’s Refugee University Students in Lebanon,” and “We Will Stop Here and Go No Further: Syrian University Students and Scholars in Turkey,” published by the Institute of International Education. In addition to Syria, Fricke has lived and worked in Egypt and Lebanon.  She holds a JD from the University of Pennsylvania, an MA in Near Eastern Studies from New York University and a BA in African Studies from Yale University. She is fluent in Arabic and French, and conversant in Spanish.

COULDN’T ATTEND THE BRIEFING? Don’t worry. You can watch it below: