The State of the Border:
Roots and Impacts of Migration from Latin America

Every two or three years, there is a crisis at the U.S. southern border. This March, the number of people trying to cross the border skyrocketed again, with a surge in unaccompanied children. Many experts claim that the situation at the U.S.-Mexico border cannot be solved without acknowledging its origins. So what are the humanitarian and political drivers of this issue? What are some of the root causes at home influencing the decision to start a new life across the border? Tune in for a discussion of the state of migration in partnership with the Institute of Current World Affairs on Thursday, May 20th from 12:00 PM to 1:00 PM EDT, when we are joined by Amelia Frank-Vitale, an Anthropologist of migration in Central America and Mexico, Pamela López, a Mexican lawyer specializing in international refugee law, and Jennifer Ávila, Journalist and Founding editor-in-chief of Contra Corriente. 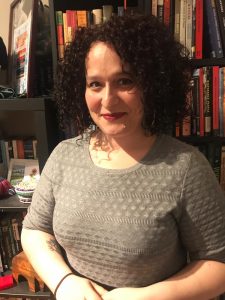 Amelia Frank-Vitale is an anthropologist of migration, deportation, and violence in Central America and Mexico. Her current research project examines how Hondurans navigate life after being deported back to neighborhoods labeled as some of the world’s most violent. Her work connects regional immigration and
security policies, organized crime, state violence, and the everyday experience of life in and around San Pedro Sula. She has been published in Geopolitics, the Journal of Latin American and Caribbean Studies, EntreDiversidades, and Public Anthropologist. Her commentary has also appeared in The Washington Post, Fortune Magazine, NACLA Report on the Americas, ContraCorriente, and The World Policy Journal. Her work has been supported by the Wenner-Gren Foundation, The Social Sciences Research Council, the Inter-American Foundation, and the American Council of Learned Societies. 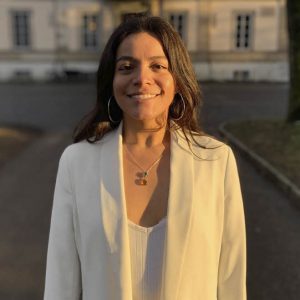 Pamela López is a Mexican lawyer with experience in domestic and international human rights law, international refugee law and pubic international law. Former asylum officer at the Mexican-Guatemalan border and part of the creation of the national handbook to determine refugee status in Mexico. She worked as Visiting Professional in the Inter-American Court of Human Rights in San Jose, Costa Rica, and at the protection and defense program in Article 19 Office for Mexico and Central America, a British NGO that monitors attacks on freedom of expression, including violence against journalists, protests and surveillance.
She also holds a bachelor’s degree in International Relations from Universidad Iberoamericana, a Certificate of French and European Studies from Sciences Po Lyon, and recently obtained her LLM in International Humanitarian Law and Human Rights from the Geneva Academy of International Humanitarian Law and Human Rights. She has delivered conferences about the asylum process in Mexico to practitioners and gender perspectives to the Mexican Army. 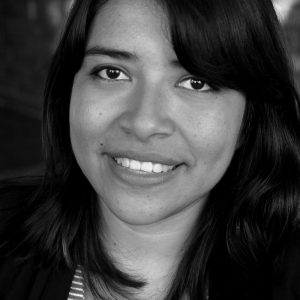 Jennifer Ávila is a journalist and founding editor-in-chief of Contra Corriente, a digital media outlet in Honduras that publishes deeply reported, investigative pieces. Ávila formerly spent six years at the Jesuit Radio Progreso as a multimedia and documentary journalist, after receiving her degree from the National Autonomous University of Honduras. She has directed nine documentaries on themes including gender, the environment, indigenous peoples and youth violence, and across various formats she has covered the subjects of national resource exploitation and development, human rights, and political conflict. She has also freelanced for digital media outlets in Spain, Mexico, Guatemala, Nicaragua, Argentina, Peru, and the United States.