Maria Ressa: Holding the Line for
Press Freedom and Democracy

Maria Ressa is co-founder and CEO of Rappler, one of the Philippines first multimedia news sites, and has gained world renown for her work combatting fake news. However, Ressa’s investigative journalism and recent documentary have put her career and even her life in jeopardy, as she has been convicted of cyber-libel by the Philippines’ Duterte-led government. The case against Ressa has been widely condemned by the international community as a thinly-veiled attempt to weaken freedom of the press and silence criticism of the Filipino government, yet Ressa still remains in danger of imprisonment. Join us in partnership with the Institute for Current World Affairs for a conversation with Maria Ressa, voted one of Time Magazine’s 100 Most Influential People of 2019 and Person of the Year in 2018, on Tuesday, March 9 from 7:00 to 8:00 PM ET, as Steven Butler, Asia Program Coordinator at the Committee to Protect Journalists, leads a discussion of Ressa’s work and the future of freedom of the press.

Executive Editor and CEO of Rappler 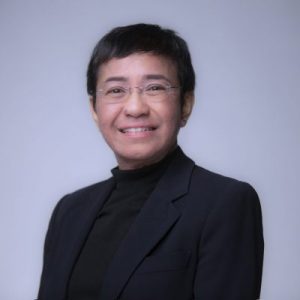 A journalist in Asia for 35 years, Maria Ressa co-founded Rappler, the top digital only news site that is leading the fight for press freedom in the Philippines. As Rappler’s executive editor and CEO, Maria has endured constant political harassment and arrests by the Duterte government, forced to post bail nine times to stay free. Rappler’s battle for truth and democracy is the subject of the 2020 Sundance Film Festival documentary, A Thousand Cuts.

For her courage and work on disinformation and ‘fake news,’ Maria was named Time Magazine’s 2018 Person of the Year, was among its 100 Most Influential People of 2019, and has also been named one of Time’s Most Influential Women of the Century. She was also part of BBC’s 100 most inspiring and influential women of 2019 and Prospect magazine’s world’s top 50 thinkers. In 2020, she received the Journalist of the Year award, the John Aubuchon Press Freedom Award, the Most Resilient Journalist Award, the Tucholsky Prize, the Truth to Power Award, and the Four Freedoms Award.

Before founding Rappler, Maria focused on investigating terrorism in Southeast Asia. She opened and ran CNN’s Manila Bureau for nearly a decade before opening the network’s Jakarta Bureau, which she ran from 1995 to 2005. She wrote Seeds of Terror: An Eyewitness Account of al-Qaeda’s Newest Center of Operations in Southeast Asia and From Bin Laden to Facebook: 10 Days of Abduction, 10 Years of Terrorism.

Asia Program Coordinator at the Committee to Protect Journalists 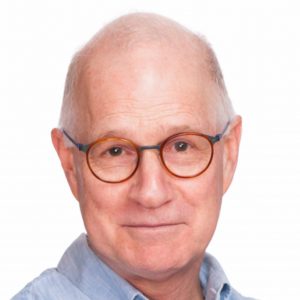 Steven Butler has worked as a journalist throughout Asia, writing for the Financial Times and The Christian Science Monitor from South Korea in the mid-1980s, before joining the staff of the Financial Times and reporting in Southeast Asia, London and Tokyo, including regular reporting visits to China. He lived in Tokyo for a decade, later joining U.S. News & World Report, and returning to Washington, where he served as foreign editor at Knight Ridder’s Washington bureau during the U.S. wars in Afghanistan and Iraq. Prior to joining CPJ in 2016, Butler served as executive director at the Institute of Current World Affairs, where he worked with institute fellows throughout the world, including in South and East Asia, and as senior editor and writer at the online magazine OZY.com. He holds a Ph.D. in political science from Columbia University and has lived and worked in Taiwan, Hong Kong, and China.