Biosecurity and Bioterrorism: What You Need to Know 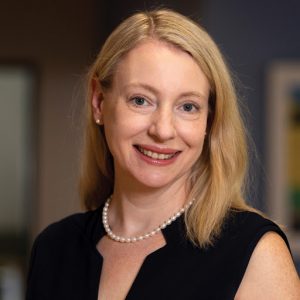 Dr. Gronvall’s work at the Center addresses the role of scientists in health security—how they can contribute to an effective technical response against a biological weapon or a natural epidemic. She is particularly interested in developing policies that will boost the safety and security of biological science activities while allowing beneficial research to flourish.

Dr. Gronvall is the author of the book Synthetic Biology: Safety, Security, and Promise, published in fall 2016 (Health Security Press). While the synthetic biology discipline is poised to revolutionize important sectors for national security, there are technical and social risks. Dr. Gronvall describes what can be done to minimize risks and maximize the benefits of synthetic biology, focusing on biosecurity, biosafety, ethics, and US national competitiveness. Dr. Gronvall is also the author of the book Preparing for Bioterrorism: The Alfred P. Sloan Foundation’s Leadership in Biosecurity. By describing the major grants that represented Sloan’s investments in civilian preparedness, public health law, law enforcement, air filtering in buildings, influenza preparedness, and business preparedness, Dr. Gronvall constructed, for a nontechnical audience, a chronicle of early gains in US efforts to confront the threat of bioterrorism.

Dr. Gronvall is a member of the Threat Reduction Advisory Committee (TRAC), which provides the Secretary of Defense with independent advice and recommendations on reducing the risk to the United States, its military forces, and its allies and partners posed by nuclear, biological, chemical, and conventional threats. In 2014-15, she led a preparatory group that examined the US government response to the Ebola outbreak in West Africa as a case study for DoD’s strategic role in health security and that made recommendations for future DoD actions in response to disease outbreaks.

She served as the Science Advisor for the Commission on the Prevention of Weapons of Mass Destruction Proliferation and Terrorism from April 2009 until the Commission ended in February 2010. She has testified before Congress about the safety and security of high-containment biological laboratories in the United States and served on several task forces related to laboratory and pathogen security, most recently the National Institutes of Health Blue Ribbon Panel to Review the 2014 Variola Virus Incident on the NIH Campus (2016) and the Committee for Comprehensive Review of DoD Laboratory Procedures, Processes, and Protocols Associated with Inactivating Bacillus anthracis Spores, formed in response to the Dugway anthrax shipments (2015). Dr. Gronvall has investigated and presented policy recommendations on the governance of science to the Biological Weapons Convention (BWC) in Geneva, Switzerland.

Dr. Gronvall is an alumnus of the European Union Visitors Program, a competitive program designed to increase mutual understanding between professionals and future leaders from non-EU countries and their EU counterparts, and the Council on Foreign Relations Term Member Program.

Dr. Gronvall is an Associate Editor of the journal Health Security (formerly Biosecurity and Bioterrorism). She is a founding member of the Center, and, prior to joining the faculty, she worked at the Johns Hopkins University Center for Civilian Biodefense Strategies. She was a National Research Council Postdoctoral Associate at the US Army Medical Research Institute of Infectious Diseases (USAMRIID) in Fort Detrick, Maryland.

Dr. Gronvall received a BS in biology from Indiana University, Bloomington. She subsequently worked as a protein chemist at the Memorial Sloan-Kettering Cancer Center and received a PhD from Johns Hopkins University for work on T-cell receptor/MHC I interactions.