The U.K. – U.S. Relationship: Navigating Trade Amidst a Pandemic

With the advent of Brexit, the UK is in the process of negotiating new trade deals, including with Washington. With the United States the UK’s top export destination, what will a future trade deal look like? And do considerations of the Coronavirus pandemic affect these negotiations at a time of economic fragility around the world? Tune in on Monday, June 8, 2020, from 11 AM – 12 PM to listen to Antony Phillipson, British Consul General in New York and Her Majesty’s Trade Commissioner for North America, discuss the negotiations, the critical UK-U.S. relationship, and cooperation during a global health crisis. 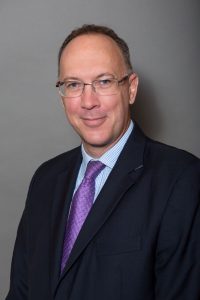 Antony Phillipson was announced as Her Majesty’s Trade Commissioner (HMTC) for North America in February 2018. He became Her Majesty’s Consul General in New York in November 2017.

Antony joined the Civil Service in 1993.

He has held a number of posts in Her Majesty’s Government.

Antony has a degree in modern history from the University of Oxford.

COULDN’T ATTEND THE EVENT? Don’t worry. You can watch it below:

We are trying our best to keep the community informed about foreign affairs, and we would appreciate if you can support us to keep this virtual briefing series going. No amount is too small.