Technology and Democracy: How to Wield a Double-Edged Sword

In the digital age, technology is used as a powerful tool in global politics. Depending on how it is used and who controls it, technology has the ability to undermine or strengthen democracies. Social media and disinformation are but one area where rapidly developing technology can be wielded as a tool for good or ill. Surveillance and security, election technology, and AI all have the potential to increase access, security, and efficiency while also being used for malign purposes by governments and non-state actors. How will technology advance and limit democracy as it continues to evolve? And how do we adequately regulate its use to protect democracy? Tune in for our third discussion from the State of Democracy Series on the role of technology in influencing democracy on Monday, June 28 from 12:00 pm to 1:00 pm EDT, when we will be joined by Matthew Feeney, Director of Cato Institute’s Project on Emerging Technologies; Maya Wang, Senior China Researcher at Human Rights Watch; and Billy Perrigo, a staff writer on TIME magazine’s international team who primarily covers global tech policy.
*This is the third briefing in Network 20/20’s The State of Democracy Briefing Series.If you want to watch the past briefings in this series, please click here. 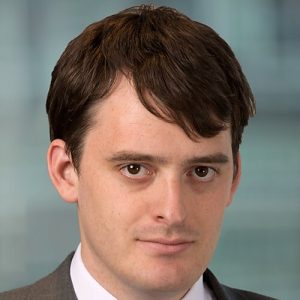 Matthew Feeney is the director of Cato’s Project on Emerging Technologies, where he works on issues concerning the intersection of new technologies and civil liberties. Before coming to Cato, Feeney worked at Reason magazine as assistant editor of Reason.com.
He has also worked at the American Conservative, the Liberal Democrats, and the Institute of Economic Affairs. His writing has appeared in the New York Times, the Washington Post, HuffPost, The Hill, the San Francisco Chronicle, the Washington Examiner, City A.M., and others. He also contributed a chapter to Libertarianism.org’s Visions of Liberty. Feeney received both his BA and MA in philosophy from the University of Reading. 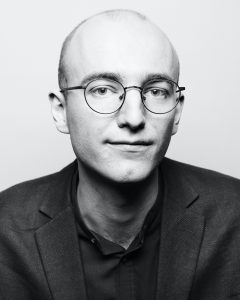 Billy Perrigo is a staff writer on TIME magazine’s international team, based in London. He mainly covers global tech policy, with a focus on how U.S.-based social media platforms are impacting politics and society in the rest of the world.
He has charted the ways that misinformation, hate speech and incitement to violence have spread on social media platforms in recent years, along with the ways that democratic and authoritarian governments are attempting to hold the platforms’ parent companies to account. Many of his stories focus on how the companies themselves are negotiating this ever-changing landscape, and how their decisions impact real people.
Recently he has published stories about how Facebook has developed closer ties to Israel than to Palestinians in the Middle East; how the company’s business interests in India are complicating its fight against hate speech; and how a campaign blaming India’s Muslims for spreading COVID-19 gained traction on Twitter.
His reporting on hate speech and misinformation on social media platforms has been cited by the U.K. government and in the Indian parliament.

*Due to security concerns, Maya Wang’s headshot photo is not shown

Maya Wang is the senior China researcher in the Asia division at Human Rights Watch. Wang has researched and written extensively on the use of torture, arbitrary detention, human rights defenders, civil society, disability rights, and women’s rights in China. She is also an expert on human rights in Hong Kong and Xinjiang. In recent years, her original research on China’s use of technology for mass surveillance, including the use of biometrics, artificial intelligence, and big data, has helped galvanize international attention on these developments in China and globally.
Wang has published on major international media outlets, including the Wall Street Journal, the Washington Post, ChinaFile, the Diplomat, the Guardian, and has been frequently quoted by international media including the New York Times, Reuters, Bloomberg News, and the Associated Press.