Does the International Liberal World Order Work for Developing Countries?

Since 1945, the world order has been defined by liberal norms, laws, and institutions that have supported Western power. As the Biden administration seeks to return the U.S. to multilateral institutions and revitalize the power of the current liberal international order, some countries may view this world order as inadequate to their needs and interests. How do countries on the periphery of the international liberal order view these institutions? Are there emerging alternatives to the current world order, and are these countries likely to support a different international system? Join us for a discussion on developing countries and the international liberal order on Tuesday, June 22nd at 12 PM EDT when we are joined by Dr. Kristen Hopewell, Canada Research Chair in Global Policy in the School of Public Policy and Global Affairs at the University of British Columbia, and Dr. Obert Hodzi, Lecturer in Politics at the University of Liverpool specializing in non-Western powers emerging in global governance. 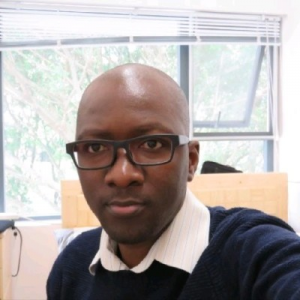 Obert Hodzi joined the University of Liverpool in September 2019. He is an International Relations scholar focusing on international politics, conflict and security, and non-Western emerging powers in global governance with empirical expertise in China and Africa. He holds a PhD in Political Science from Lingnan University, Hong Kong, an MA in Democratic Governance and Civil Society from Osnabrück University, Germany and a Bachelor of Laws (Honours) from the University of Zimbabwe. Prior to joining the University of Liverpool, he was a postdoctoral researcher at the University of Helsinki, Finland. He has been a visiting researcher at the Institute for Peace and Security Studies, Nordic Africa Institute, Renmin University of China and the African Studies Centre at Boston University. He also worked for international and regional organizations in Zimbabwe, Kenya and Germany on democratic governance and transitional justice projects – and he is admitted as a Legal Practitioner in the High Court of Zimbabwe. Obert is a board member of the Chinese in Africa/African in China Research Network 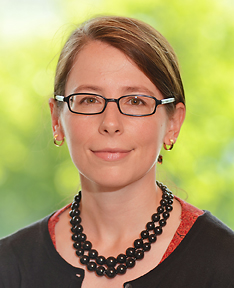 Kristen Hopewell is Canada Research Chair in Global Policy in the School of Public Policy and Global Affairs at the University of British Columbia. Her research specializes in international trade, global governance, industrial policy and development, with a focus on emerging powers.
She is a Wilson China Fellow at the Wilson Center in Washington, DC.
Dr. Hopewell is the author of Clash of Powers: US-China Rivalry in Global Trade Governance (Cambridge University Press, 2020) and Breaking the WTO: How Emerging Powers Disrupted the Neoliberal Project (Stanford University Press, 2016).
Her academic research has appeared in journals such as Review of International Political Economy, Regulation & Governance, International Affairs, Global Environmental Politics and New Political Economy.
Her policy writings have appeared in Foreign Affairs, The Washington Post, South China Morning Post, The Globe and Mail and Global Policy, and her analysis has featured in venues such as the BBC, CNN, CGTN, Bloomberg, Reuters, Agence France-Presse, The Chicago Tribune, East Asia Forum, The Indian Express, Latin America Advisor and Foreign Policy.
Dr. Hopewell’s research has been supported by a Fulbright Fellowship, a UK Economic and Social Research Council (ESRC) Future Research Leaders Grant, the UK Global Research Challenges Fund, US National Science Foundation (NSF), German Academic Exchange Service (DAAD), Swiss National Science Foundation (SNF), Chinese Academy of Social Sciences (CASS), and Social Science and Humanities Research Council of Canada (SSHRC).
Prior to entering academia, she worked as a trade official for the Canadian government and as an investment banker for Morgan Stanley.