Eyes on Latin America: COVID-19 and Its Economic Impacts

As Brazil’s COVID-19 cases surge to second place worldwide, the World Health Organization has reported that Latin America is now the new epicenter of the COVID-19 crisis. What are the economic and political impacts of COVID-19 for Latin America? How has it transformed the region? Join us on Thursday, June 18th, from 12:30 PM to 2 PM EST for a panel discussion with our distinguished guests, Dr. Christopher Sabatini, Laura Alonso, and Carin Zissis who will address these questions and more. The discussion will be moderated by Network 20/20’s member James Upton. 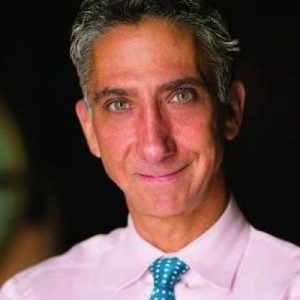 Dr. Christopher Sabatini is senior fellow for Latin America at Chatham House, and was formerly a lecturer in discipline in the School of International and Public Affairs (SIPA) at Columbia University. Chris is also on the advisory boards of Harvard University’s LASPAU and of the Inter-American Foundation.

His areas of expertise include democracy and human rights, foreign policy in the region, social inclusion, resource extraction and community rights, Venezuela and Cuba.

He is a frequent contributor to policy journals and newspapers and appears in the media and on panels on issues related to Latin America and foreign policy. Chris has testified multiple times before the U.S. Senate and the U.S. House of Representatives.

In 2015, Chris founded and directed a new research non-profit, Global Americas and edited its news and opinion website. From 2005 to 2014 Chris was senior director of policy at the Americas Society and Council of the Americas (AS/COA) and the founder and editor-in-chief of the hemispheric policy magazine Americas Quarterly (AQ). At the AS/COA, Dr. Sabatini chaired the organization’s rule of law and Cuba working groups.

Prior to that, he was director for Latin America and the Caribbean at the National Endowment for Democracy, and a diplomacy fellow with the American Association for the Advancement of Science, working at the US Agency for International Development’s Center for Democracy and Governance.

He provides regular interviews for major media outlets, and has a PhD in Government from the University of Virginia. 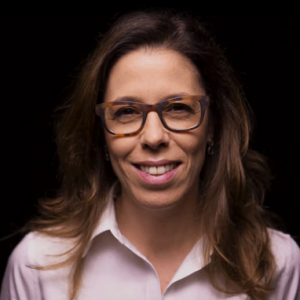 Laura Alonso has an extensive and unique cross-sector career in government, Congress, and the NGO sector for almost two decades. She was the head of the Anticorruption Office (AO) in Argentina for four years. Member of Congress for six and Executive Director and program manager of the chapter of Transparency International in Argentina for eight years. Publicly acknowledged as a democracy activist and a fierce advocator for institutional reforms, Laura is a profound analyst of Argentina and Latin American politics and institutions.

After her four-years term leading the anticorruption and integrity policy, Argentina reached its highest assessment and position in the Corruption Perceptions Index of Transparency International in 2020. She promoted the enactment of the corporate liability legislation, asset recovery regulations and the whistleblower act. She has been a leader of the ethics and compliance revolution in private and State-owned enterprises in Argentina. She promoted the presidential decrees that regulated gift policy, the prevention of conflicts of interest in public procurement and the network of ethics focal points throughout the public sector. Under her leadership the AO has developed new courses and tools to train officials. She also promoted new procedures to control the assets and interests of +55 thousand officials and produced historic decisions about the creation of the first presidential trust and divestment.

The AO opened more than 2,000 investigations and it also participated in historic corruption investigations against former Presidents and more than 300 high-rank officials and businessmen. A former Vicepresident, a super powerful Infrastructure minister, and other officials were convicted.
She also co-chaired the Anticorruption Working Group of G20 in 2018 producing and negotiating the documents on transparency and integrity in State-Owned Enterprises and on integrity in the public sector that were endorsed by G20 Leaders. She was the chief of delegation at the OECD Bribery Working Group and the Senior Public Integrity Officials Group, the OAS and the G20. She promoted Argentina´s access into the EITI (Extractive Industries Transparency Initiative).

As a member of Congress (2009-2015), she promoted the access to public information law, political and campaign funding reform and open government policies. She also drafted legislation about judicial and criminal reforms, electoral issues, and gender parity.
aura is a British Chevening Scholar, an Eisenhower Fellow, and a Draper Hills Fellow. She was a US International Visitor in 1995 and 1998. She was selected Young Global Leader by the World Economic Forum in 2012 and received an award by Vital Voices Global Partnership in 2008 for her public leadership.

Laura has been a speaker at the OECD, IMF, CAF, World Bank, IADB, OAS, the Aspen Ideas Festival, Women in the World, Chicago Council on Global Affairs, Harvard, Stanford, and Columbia universities, the B20, the NYC Bar Association, among others.
She is a political scientist from the University of Buenos Aires and holds a master degree in public administration and public policy from the London School of Economics. 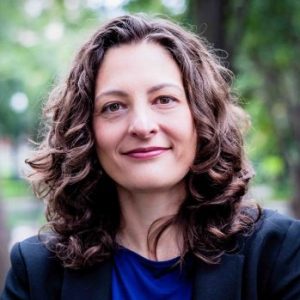 Carin Zissis is editor-in-chief of AS/COA Online, the website of the Americas Society and Council of the Americas. In that role, she oversees digital strategy for the organizations, as well as serving as editorial lead on the website’s suite of content. She is the host of  Latin America in Focus podcast, which covers topics ranging from refugee crises to elections to battling fake news.

Based in Mexico City since 2013, she covered the 2018 Mexican elections and subsequent presidential transition. With over a decade of editorial experience in both print and online media, her writing and commentary have been featured by AFP, The Boston Globe, Business Insider, CNN, Huffington Post, NYTimes.com, U.S. News & World Report, Univision Noticias, World Politics Review, and other outlets. Over the past 15 years, she has reported on and analyzed a range of topics, including Mexican immigration to the United States, the 2009 Honduran coup, Turkish women’s rights, Pakistani tribal areas, and China’s environmental crisis. Prior to joining AS/COA in 2007, she covered Asia as a website staff writer for the Council on Foreign Relations. While there, she produced an interactive guide to North Korean nuclear tensions that earned CFR.org’s Crisis Guide series a Knight-Batten Award for Innovations in Journalism.

She holds an MA in Journalism and Latin American Studies from New York University, a BA in History from George Washington University, and is a member of the Mexican Council on Foreign Relations (COMEXI). 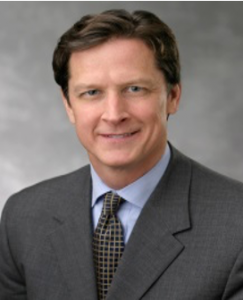 James Upton is a senior portfolio specialist and chief strategic officer for the Global Emerging Markets team at Morgan Stanley Investment Management. He re-joined Morgan Stanley in 2006 and has 25 years of investment experience. Prior to re-joining the firm, James was a senior investment strategist at Northern Trust Global Investments. Previously, he was the Latin America equity strategist and later a global equity strategist at Credit Suisse First Boston. He began his investment career as an international economist at Merrill Lynch and spent nearly two years as a sovereign risk analyst at Morgan Stanley. Before graduate school, he was a reporter in Mexico City with United Press International. James received a B.A. in history from Middlebury College, where he also studied in Madrid, and an M.A. in economics and U.S. foreign policy from the School of Advanced International Studies (SAIS) of Johns Hopkins University, which included a semester in Bologna, Italy.

COULDN’T ATTEND THE EVENT? Don’t worry. You can watch it below: