Ethiopia and Tigray: Why the Conflict Matters for the Horn of Africa

Since November 2020, the ongoing tensions between the Ethiopian federal government and the leadership of the northern Tigray region have been manifesting as open conflict. The violence has resulted in both humanitarian and political crises, with reports of possible ethnic cleansing of Tigrayans and mass displacement and migration of Ethiopians. With Ethiopia serving as a long-standing provider of security in the region and a prominent voice for African interests, the conflict may also result in a security vacuum, affecting the stability of neighboring Somalia and South Sudan. Join us for a discussion on the Ethiopia-Tigray conflict and its ongoing humanitarian situation and impact on the Horn of Africa on Thursday, June 17 from 12:00 PM to 1:00 PM ET. We will be joined by Professor Alex de Waal, Executive Director of the World Peace Foundation, Research Professor at Tufts University, and Professorial Fellow at the London School of Economics as well as Ambassador David H. Shinn, Adjunct Professor of African affairs in the Elliott School of International Affairs at George Washington University. 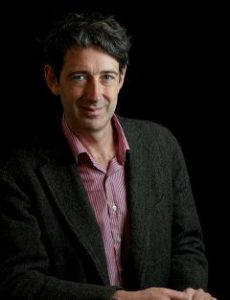 Alex de Waal is executive director of the World Peace Foundation, Research Professor at the Fletcher School, Tufts University, and Professorial Fellow at the London School of Economics. He has worked on the Horn of Africa and on humanitarian issues since the 1980s as a researcher and practitioner. He initiated the UN Commission on HIV/AIDS and Governance in Africa and was director of the AIDS, Security and Conflict Initiative and was a senior advisor to the African Union High Level Panel on Sudan and South Sudan. De Waal’s recent books include: The Real Politics of the Horn of Africa: Money, War and the Business of Power (Polity 2015), Mass Starvation: The history and future of famine (Polity 2018), and New Pandemics, Old Politics: 200 years of the war on disease and its alternatives (Polity 2021). 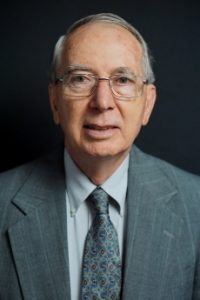 David Shinn has been teaching African affairs in the Elliott School of International Affairs at George Washington University since 2001. He previously served for thirty-seven years in the U.S. Foreign Service. His first overseas assignment was at the embassy in Beirut, Lebanon, followed by a tour as political officer in Nairobi, Kenya. He then served as the State Department desk officer for Somalia, Djibouti and assistant desk officer for Ethiopia before moving to the desk for Uganda and Tanzania. He was the political officer in Dar es Salaam, Tanzania, followed by deputy chief of mission in Nouakchott, Mauritania. The State Department then detailed Shinn to the mayor’s office in Seattle; he returned to Washington to serve as deputy and then acting director of the State Department’s Office for Liaison with State and Local Governments. Returning to Africa, he was the deputy chief of mission in Yaoundé, Cameroon before moving to Khartoum, Sudan, as deputy chief of mission.
Shinn returned to Washington to attend the State Department’s Senior Seminar after which President Reagan appointed him ambassador to Burkina Faso. He was assigned as a diplomat-in-residence at Southern University in Baton Rouge, followed by service in Washington on the Management Task Force. He became the State Department’s deputy task force director and then coordinator for Somalia during the U.S. intervention from 1992-1993. He served as director of the Office of East and Horn of Africa Affairs before being appointed by President Clinton as ambassador to Ethiopia. He finished his State Department career in 2000 as diplomat-in-residence at UCLA.
Shinn has a BA, MA and PhD from George Washington University and a certificate in African studies from Northwestern University. He is the co-author of China and Africa: A Century of Engagement (2012) and Historical Dictionary of Ethiopia, 2nd ed. (2013) and author of Hizmet in Africa: The Activities and Significance of the Gülen Movement (2015). He has authored numerous book chapters and articles in academic and policy journals. He speaks on China-Africa and African issues around the world and serves as an adviser or on the board of several non-governmental organizations. He maintains a blog with a focus on the Horn of Africa and China-Africa at http://davidshinn.blogspot.com. He is married to Judy Shinn; they have two adult children.