The Age of Illusions: How to Fix U.S. Foreign Policy

The Cold War ended with a decisive U.S. and Western victory, resulting in increased globalization and a U.S. global leadership role. Yet, this post-Cold War leadership role has devolved into wide-ranging U.S. military campaigns worldwide, the use of military for nation-building purposes, and other policy decisions that some argue have not made best use of the U.S. advantage nor strengthened its position. Have we squandered our Cold War victory? And does this pandemic serve as a second chance to reflect and reconsider the proclivities of U.S. foreign policy and national security? Tune in on Monday, June 1st, from 12 PM to 1 PM ET to re-evaluate U.S. foreign and national security policies with Andrew Bacevich – academic, veteran, and best-selling author. 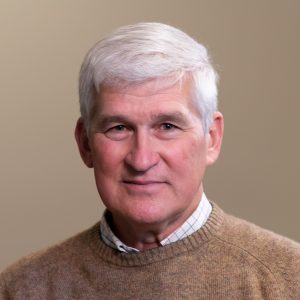 Andrew J. Bacevich is the President of the Quincy Institute. He grew up in Indiana, graduated from West Point and Princeton, served in the army, became an academic, and is now a writer. He is the author, co-author, or editor of more than a dozen books, among them: The New America Militarism (2005), The Limits of Power: The End of American Exceptionalism (2008), Washington Rules: America’s Path to Permanent War (2010), America’s War for the Greater Middle East (2016), and The Age of Illusions: How America Squandered Its Cold War Victory (January 2020). He is Professor Emeritus of International Relations and History at Boston University and has held fellowships at the Paul H. Nitze School of Advanced International Studies, the John F. Kennedy School of Government, the Council on Foreign Relations, and the American Academy in Berlin.