In early February, the Biden administration signed a memorandum directing American agencies working abroad to ensure that U.S. diplomacy and foreign assistance promote and protect the human rights of LGBTQI+ people, reaffirming and supplementing the principles established by Obama’s 2011 memorandum. What are the implications of this memo and how do LGBTQI+ rights intersect with diplomatic efforts on human rights? What is the meaning of this memorandum in a broader context? And what is the significance of having a separate conversation on LGBTQI+ rights aside from human rights discussions? Tune in on Tuesday, June 1st at 6 PM EDT for a discussion with Julie Dorf, Senior Director for the Council for Global Equality, and Dr. Sa’ed Atshan, Associate Professor of Peace and Conflict Studies at Swarthmore College. 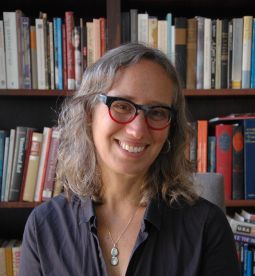 Julie Dorf has been a leader in the global LGBTI rights movement for over 25 years. Julie currently works as Senior Director for the Council for Global Equality, a coalition of 30 organizations working together for an inclusive U.S. foreign policy, which she co-founded in 2008. Julie also founded and directed the International Gay & Lesbian Human Rights Commission (IGLHRC, now OutRight Action International) from 1990 to 2000, creating an organization that protects and advances the human rights of all people and communities subjected to discrimination or abuse on the basis of sexual orientation, gender identity or HIV status. She has bridged her activist career with philanthropy, serving as the Director of Philanthropic Services for Horizons Foundation, a San Francisco Bay Area foundation for the lesbian, gay, bisexual, and transgender community; and as an independent consultant for WPATH, Open Society Institute, Global Fund for Women, Arcus Foundation, Astraea Foundation, and Fenton Communications/J-Street Project. Julie is currently the lead advisor to the Equality Without Borders individual donor initiative. She also serves on the board or advisory boards of PowerPAC, Human Rights Watch’s LGBT Rights Program, Horizons Foundation, OutRight Action International, and the Northern California Finance Committee of J-Street.
She holds a B.A. from Wesleyan University in Russian and Soviet Studies. Julie has written, spoken, and advocated extensively on social justice issues ranging from reparations for gay victims of the Nazis, Jewish-Palestinian relations, and marriage equality. 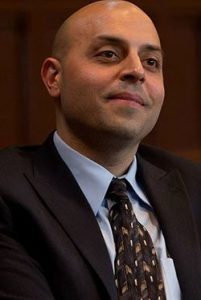 Dr. Sa’ed Atshan is Associate Professor of Peace and Conflict Studies at Swarthmore College, where he is also Coordinator of the Mellon Mays Undergraduate Fellowship Program. He previously served as a Postdoctoral Fellow at Brown University’s Watson Institute for International Studies.
Atshan earned a Joint PhD in Anthropology and Middle Eastern Studies (2013) and MA in Social Anthropology (2010) from Harvard University, Master in Public Policy (MPP) degree (2008) from the Harvard Kennedy School, and BA (2006) from Swarthmore.
As an anthropologist and peace and conflict studies scholar, Atshan’s research is focused on a) contemporary Palestinian society and politics, b) global LGBTQ social movements, and c) Quaker Studies and Christian minorities in the Middle East.
His forthcoming book, Paradoxes of Humanitarianism: The Social Life of Aid in the Palestinian Territories , is under contract with Stanford University Press in their Anthropology of Policy Series. Atshan examines the politics of international aid provision in the West Bank and Gaza Strip.
He has published two other books, Queer Palestine and the Empire of Critique (Stanford University Press, 2020) and The Moral Triangle: Germans, Israelis, Palestinians (Duke University Press, 2020)
Sa’ed Atshan is on sabbatical for the 2020-2021 academic year at the University of California, Berkeley as a Visiting Assistant Professor of Anthropology and Senior Research Scholar in Middle Eastern Studies.