The South China Sea is a key region for international trade, fisheries, and natural resources. Thirty-percent of all global maritime trade is conducted in this region resulting in over $3 trillion in trade. Competing territorial claims in this region have increased tensions between China, ASEAN nations, and the United States. Both China and the United States have recently increased their military presence in this region, heightening tensions and increasing the likelihood of armed conflict. Join us Thursday, July 9th from 10:30 AM- 12:00 PM ET for a panel discussion with distinguished guests Gregory Poling and Christopher Ankersen who will address the South China Sea conflict along with regional prospects. This event will be co-hosted by Network 20/20 and the New York South East Asia Network and moderated by Ann Marie Murphy. 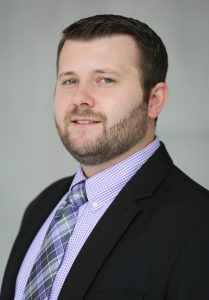 Gregory B. Poling is a senior fellow for Southeast Asia and director of the Asia Maritime Transparency Initiative at Center for Strategic and International Studies. He oversees research on U.S. foreign policy in the Asia Pacific, with a particular focus on the maritime domain and the countries of Southeast Asia. His research interests include the South China Sea disputes, democratization in Southeast Asia, and Asian multilateralism. Mr. Poling’s writings have been featured in Foreign Affairs, the Wall Street Journal, Nikkei Asian Review, and Foreign Policy, among others. He is the author or coauthor of multiple works, including The Thickening Web of Asian Security Cooperation: Deepening Defense Ties Among U.S. Allies and Partners in the Indo-Pacific (RAND Corporation, 2019), Building a More Robust U.S.-Philippines Alliance (CSIS, August 2015), and A New Era in U.S.-Vietnam Relations: Deepening Ties Two Decades after Normalization (CSIS, June 2014). Mr. Poling received an M.A. in international affairs from American University and a B.A. in history and philosophy from St. Mary’s College of Maryland. 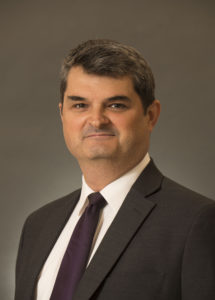 Dr. Christopher Ankersen is a Clinical Associate Professor at the Center for Global Affairs, where he leads the Global Risk Specialization. Prior to joining NYU, Christopher was the Security Advisor for the United Nations system in Thailand (2012-2017). Previously, he held positions at the UN Assistance to the Khmer Rouge Trials in Phnom Penh, Cambodia (2010-2012); the UN Offices in Geneva (2007-2010) and Vienna (2006-2007); and with the Department of Safety and Security in New York, where he was Desk Officer for Iraq (2005-2006).From 2002 to 2004, Dr. Ankersen was a Ralf Dahrendorf Scholar at the London School of Economics and Political Science. He has taught at the LSE, the London Centre for International Relations, King’s College London, Carleton University, and the Royal Military College of Canada and has lectured at staff colleges in Canada, Australia, and Denmark. From 2000 to 2005, he acted as a policy and strategy consultant to militaries, governments and private firms in the UK and Canada. From 1988 to 2000, Dr. Ankersen was an officer in the Canadian Forces, serving in Princess Patricia’s Canadian Light Infantry, including on overseas missions with the UN and NATO.Dr. Ankersen is a Senior Research Fellow at the German-Southeast Asian Center of Excellence for Public Policy and Good Governance (CPG), Thammasat University, Thailand and co-founder of the NYU Project on Armed Forces and Society.
His research and teaching focus include civil-military relations, international security, and the concepts of risk, crisis, and emergency. He is particularly interested in the international politics of Asia and the notion of global order.
Christopher Ankersen holds a BA (Hons) in International Politics and History from Royal Roads Military College (Canada) and an MSc and PhD in International Relations from the London School of Economics and Political Science. 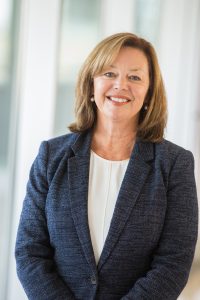 Ann Marie Murphy is Professor at the School of Diplomacy and International Relations, Seton Hall University, Senior Research Scholar at the Weatherhead East Asian Institute, Columbia University, and 2019-2010 ASEAN Research Program Fulbright Scholar.Dr. Murphy’s research interests include international relations and comparative politics in Southeast Asia, U.S. foreign policy toward Asia, and governance of non-traditional security issues.  She is co-author (with Amy Freedman) of Non-Traditional Security Issues in Southeast Asia: the Transnational Dimension, (2018) and co-editor (with Bridget Welsh) of Legacies of Engagement in Southeast Asia (2008). Dr. Murphy’s articles have appeared in journals such as Asian Security, Contemporary Southeast Asia, Orbis, Asia Policy, World Politics Review and PS: Political Science & Politics.  Dr. Murphy is a founding partner of the New York Southeast Asia Network and is currently completing a book on the impact of democracy on Indonesian foreign policy with the generous support of the Smith Richardson Foundation.

We are trying our best to keep the community informed about foreign affairs, and we would appreciate if you can support us to keep this virtual briefing series going. No amount is too small</p