At one point in the coronavirus pandemic, New York was the world’s epicenter, with cases disproportionately affecting lower-income communities and communities of color. These are among the communities that are most likely to be discriminated against, facing human rights violations that have been exacerbated during the pandemic. What are the forms of coronavirus-related discrimination? How has New York City dealt with these and other human rights-related issues? What lessons can other cities or countries around the world learn from this “international” city? Join us on Tuesday, July 28th  at 1:00 PM ET where we will discuss this topic with Carmelyn P. Malalis, Chair & Commissioner of New York City Commission on Human Rights. This conversation will be moderated by Dr. Helena Kane Finn, Main New York Representative, International Federation of Business and Professional Women at the United Nations. 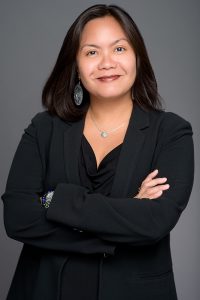 Carmelyn P. Malalis was appointed Chair and Commissioner of the New York City Commission on Human Rights (the Commission) by Mayor Bill de Blasio in November 2014 following more than a decade in private practice as an advocate for employees’ rights in the workplace.
Prior to her appointment, Commissioner Malalis was a partner at Outten & Golden LLP where she co-founded and co-chaired its Lesbian, Gay, Bisexual and Transgender Workplace Rights Practice Group and co-chaired its Disability and Family Responsibilities Discrimination Practice Group; and successfully represented employees in negotiations, agency proceedings, and litigation involving claims of sexual harassment, retaliation, and discrimination based on race, national origin, sex, gender identity, gender expression, sexual orientation, age, pregnancy, disability, and religion. Throughout her career, Ms. Malalis has demonstrated a fierce commitment to promoting diversity and inclusion, and preventing and prosecuting discrimination and intolerance. Since she assumed her role as Chair and Commissioner in February 2015, Commissioner Malalis has revitalized the agency, making it a recognized venue for justice for all New Yorkers through increased enforcement, novel restorative justice approaches to case and conflict resolution, and robust public education and outreach to prevent discrimination in New York City.
She currently serves on the New York City Bar Association’s Executive Committee, and has previously served on Human Rights Watch’s Advisory Committee of the LGBT Rights Project, the American Bar Association’s Section on Labor and Employment Law Committee on Diversity in the Legal Profession, the New York City Bar’s Committee on LGBT Rights, and the board of Queers for Economic Justice.
Commissioner Malalis earned her J.D. from the Northeastern University School of Law and received a B.A. in Women’s Studies from Yale University. She and her wife live in Brooklyn with their two children.

Dr. Helena Kane Finn is the Main New York Representative for the International Federation of Business and Professional Women at the United Nations. She has been a Visiting Scholar at Columbia University (2017 – 2019) during which time the Institute for the Study of Human Rights published her manuscript entitled Cultural Diplomacy and Conflict Resolution, a memoir of her three-decade career in the U.S. diplomatic service. She served as the Vice President and Director of Programs at the American Council on Germany in New York (2010 – 2017).
A career diplomat of the Department of State, she served as Minister-Counselor for Public Affairs at the U.S. Embassy in Berlin (2007 – 2010) and as Counselor for Public Affairs at the U.S. Embassy in Tel Aviv (2003 – 2007). She has been the Cyrus Vance Fellow in Diplomatic Studies at the Council on Foreign Relations in New York (2002 – 2003). Her seminal article on public diplomacy appeared in the November – December 2003 issue of Foreign Affairs. She has also been Director of the Turkish Studies Program at The Washington Institute for Near East Policy (2002).
As Acting Assistant Secretary of State for the Bureau of Educational and Cultural Affairs (2000 – 2001), Dr. Finn was responsible for the State Department’s global academic, professional and youth exchanges, including Fulbright and the International Visitor program. She also oversaw the Office of Cultural Heritage and Preservation.
Helena Kane Finn has served overseas as the Counselor for Public Affairs at the U.S. Embassy in Ankara, Turkey (1997 – 2000). Prior to that, she was the Counselor for Public Affairs at the U.S. Embassy in Vienna, Austria (1995 – 1997). She was the Public Affairs Officer and Director of the Amerika Haus in Frankfurt-Main, Germany (1992 – 1995). She has been the Desk Officer for Greece, Turkey and Cyprus (1989 – 1991), following cultural affairs tours in Lahore and Islamabad, Pakistan (1984 – 1989). Her first diplomatic assignment was to the U.S. Embassy in Ankara, Turkey (1981 -1984).