A Centennial Celebration: The Road Ahead for China’s Communist Party

At Tiananmen Square on July 1st, Xi Jinping made his speech to 70,000 Chinese people to mark the 100th anniversary of the Chinese Communist Party (CCP). Since its origins in Shanghai in 1921, the CCP has grown to be one of the world’s most powerful political parties. At this moment, there is no doubt China will continue to rise as a global power and the CCP will be overseeing that upswing. What are the secrets of the CCP’s longevity? What are the future prospects of the country and the CCP? Tuned in on Thursday, July 22nd from 7:00 pm to 8:00 pm EDT to listen to Professor Bruce Dickson, Professor of Political Science and International Affairs at the George Washington University; Professor Rongbin Han, Associate Professor in the Department of International Affairs at the University of Georgia; and Dr. Zongyuan Zoe Liu, Instructional Assistant at Texas A&M’s Bush Scool of Government and Public Service when they discuss these questions and more. 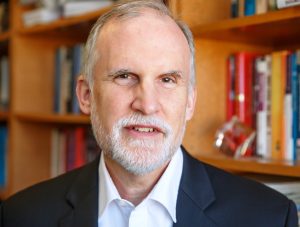 Bruce J. Dickson is professor of political science and international affairs at the George Washington University. His research and teaching focus on political dynamics in China, especially the adaptability of the Chinese Communist Party and the regime it governs. His most recent book is The Party and the People: Chinese Politics in the 21st Century (Princeton, 2021). 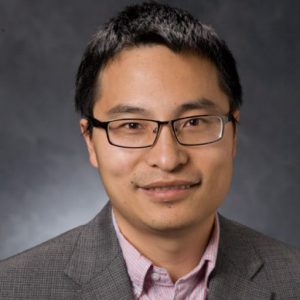 Rongbin Han is an Associate Professor in the Department of International Affairs, University of Georgia. He received his Ph.D. from University of California, Berkeley in 2012. Dr. Han was born and grew up in East China’s Jiangsu Province. He got his bachelor degree in International Studies from Peking University, Beijing. He also received a Master of Social Sciences from National University of Singapore in 2006. Dr. Han’s research interests are media & cyber politics, political participation in authoritarian regimes, authoritarian resilience, and democratization, with an area focus of China. He is the author of Contesting Cyberspace in China: Online Expression and Authoritarian Resilience (Columbia University Press). 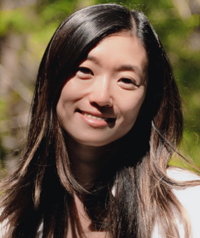 Dr. Zongyuan Zoe Liu is an Instructional Assistant Professor at Texas A&M’s Bush School of Government and Public Service in Washington, DC. She is also a CFA charterholder. She received her PhD from the Paul H. Nitze School of Advanced International Studies (SAIS), Johns Hopkins University. Dr. Liu also holds research positions at the Center for International Environment and Resource Policy at the Fletcher School at Tufts University, SovereigNet at the Institute for Business in the Global Context at the Fletcher School, and the Edwin O. Reischauer Center for East Asian Studies. Her research interests include international political economy, comparative politics, and international finance, with area expertise in East Asia.
Prior to joining the Bush School, Dr. Liu taught at SAIS on the topics of political risk analysis, econometrics, Asian energy security, and international development. She worked as a Research Associate at the Center for Sustainable Business at NYU Stern Business School. She was a Postdoctoral Research Scholar at the Columbia-Harvard China and the World Program (formerly the Princeton-Harvard China and the World Program), a joint program created by the two universities to foster the study of China in a global context. She was also a Visiting Research Fellow at the Bank of Mitsubishi-UFJ, Institute for International Monetary Affairs in Tokyo, and a Visiting Fellow at the Delma Institute in Abu Dhabi, UAE.
Dr. Liu received her MA in international relations from the George Washington University Elliott School of International Studies. She did her undergraduate work in China and holds a BA in history. Zoe is a native speaker of Chinese Mandarin, and she reads Japanese as well.
Dr. Liu currently is working on two book projects. The first project is on the political economy of government-owned investment institutions and financial statecraft. The second project examines financial collaboration among emerging market countries in the changing international monetary and financial system, with a particular focus on the de-dollarization activities of BRICS countries. This project will be published by Cambridge University Press in 2021.