Ukraine and the Battle for an Independent Future

This July, Ukraine’s president Volodymyr Zelensky will visit the White House to discuss the future of U.S. – Ukraine relations under President Biden. How can the country forge a path independent from the wishes of Brussels, Moscow, or Washington? What is the possibility of NATO membership for Ukraine? Join us for a member-only briefing at 6 PM EDT on Tuesday, July 20th to discuss these questions and others with Ambassador William B. Taylor, Former U.S. Ambassador to Ukraine. 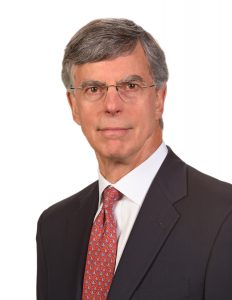 Ambassador William B. Taylor served as the Chargé d’Affaires at the US embassy in Kyiv from June 2019 to January 2020. Previously, he served as the executive vice president at the U.S. Institute of Peace and the special coordinator for Middle East Transitions in the U.S. State Department during the Arab Spring. He served as the U.S. ambassador to Ukraine from 2006 to 2009.
He also served as the U.S. government’s representative to the Mideast Quartet, which facilitated the Israeli disengagement from Gaza and parts of the West Bank, led by Special Envoy James Wolfensohn in Jerusalem. Prior to this assignment, he served in Baghdad as Director, Iraq Reconstruction Management Office (2004-2005), in Kabul as coordinator of USG and international assistance to Afghanistan (2002-2003) and in Washington with the rank of ambassador as coordinator of USG assistance to the former Soviet Union and Eastern Europe (1992-2002).
Ambassador Taylor spent five years in Brussels as the Special Deputy Defense Advisor to the U.S. Ambassador to NATO, Will Taft, and earlier directed an in-house Defense Department think tank at Fort McNair in Washington, D.C. He served for five years on the staff of Senator Bill Bradley and earlier directed the Department of Energy’s Office of Emergency Preparedness.
In the Army, he fought in Vietnam as a rifle platoon leader and combat company commander in the 101st Airborne Division and flew reconnaissance missions along the West German border with Czechoslovakia in the 2nd Armored Cavalry Regiment.