The Future of New START: Are We Heading Towards a New Arms Race?

The New Strategic Arms Treaty (New START) between the U.S. and Russia expires in February 2021. New START has strategically limited the number of nuclear warheads between the U.S. and Russia and revolutionized Washington’s strategic deterrence modernization plan. However, with U.S. – Russia relations at a low, the future of this critical treaty is in jeopardy.  Join us on Thursday, July 16 at 12:00-1:00 PM ET for “The Future of New START: Are We Heading towards a New Arms Race?” where our distinguished guest speakers, Brigadier General Peter Zwack (USA, retired) and Sharon Squassoni of the Union Concerned Scientists, will discuss the implications of non-renewal, the context of U.S.- Russia relations, and the complicating factor of China on this treaty. 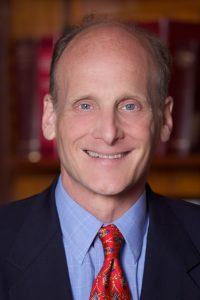 From 2012 – 2014, BG (r) Peter Zwack served as the United States Senior Defense Official and Attache to the Russian Federation. By interacting with Russians at multiple levels since 1989, including defense, security, academia, policy, veterans, & private citizens, BG Zwack developed a unique hands-on perspective on Russia and Eurasian security affairs during a turbulent period that included the recent strife in Crimea & Eastern Ukraine.  Thanks to Glasnost he first studied in the Soviet city of Kalinin (renamed Tver) as a young U.S. Army Captain in the summer of 1989.

BG Zwack enlisted in the US Army in 1980 and received his commission via Officer Candidate School (OCS) at Fort Benning, Georgia.  He subsequently served 34 years as a Military Intelligence and Eurasian Foreign Area Officer serving in diverse and challenging duty locations including West Germany, South Korea, Kosovo, Afghanistan, and Russia. He has commanded thousands of soldiers at Company, Battalion and Brigade level and was the Army intelligence chief in Europe (2006-8) and Afghanistan (2008-2009). He has a Masters degree in National Security Studies from the Naval War College and a second Masters, in Strategic Intelligence, from the Defense Intelligence College in Washington DC.

Inducted into the OCS Hall of Fame in 2015, BG Zwack is a recipient of  the Bronze Star, Distinguished Service Medal, Legion of Merit, Defense Superior Service Medal, and many other awards and citations including the Afghan Service Medal and NATO/Kosovo Medal.  He was also honored as the Joint Chief’s of Staff “Action Officer of the Year” for 1999. He proudly wore the Ranger Tab and Airborne Wings.

Recently retired, he is now the Senior Russia-Eurasia Fellow at the Institute of National Strategic Studies, National Defense University, in Washington DC, as well as an Adjunct Fellow at the Pell Center, Salve Regina University in Newport, Rhode Island. As such, he regularly consults, writes and lectures within the interagency, defense department, think tanks, and academic institutions on contemporary Russian and Eurasian security issues, and leadership lessons learned.

He lives with his dear wife Stephanie in Newport, R.I. and commutes to Washington DC for his research work.  He has three children, Broghan (graduated from Brown University in May – Economics), Peter Jr (Sphomore at University of Denver, ROTC scholarship), and Alessandra (Sophomore at Pomfret School). 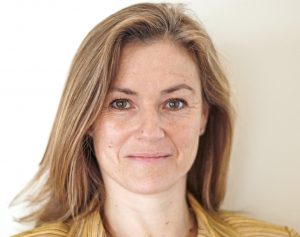 Sharon Squassoni is the director of the Global Security Program at the Union of Concerned Scientists. She has specialized in nuclear nonproliferation, nuclear energy, arms control, and security policy for over three decades, serving in the US government at the Arms Control and Disarmament Agency, the State Department, and the Congressional Research Service. Since she left the government in 2007, she has led research in those areas at think tanks (Carnegie Endowment for International Peace and Center for Strategic & International Studies) and in academia (George Washington University). She is on the Science & Security Board of the Bulletin of Atomic Scientists and the advisory board of the PIR Center in Moscow.