In recent years, popular protest movements have erupted worldwide, spanning across six continents in 2019 alone. Millions of people hit their breaking points, sparking movements in France, Sudan, Hong Kong, Chile, Venezuela, Iraq, Haiti, Iran, Lebanon, and beyond. While some protest movements stalled out or were repressed – either due to state repression or the COVID-19 pandemic – others succeeded in ousting political leaders and achieving political goals. So, what was the lasting impact? Are protests really a tool of the people? How do protests impact democracy and under what conditions are they more or less effective? Join us for a discussion on protest and democracy as part of our State of Democracy series* on Thursday, July 15th from 12:00 pm to 1:00 pm EDT when we are joined by Zachariah Mampilly, Chair of International Affairs at Baruch College’s Marxe School of Public and International Affairs; Richard Youngs, Senior Fellow in the Democracy, Conflict, and Governance Program at Carnegie Europe; and Valeria Palanza, Associate Professor at the Instituto de Ciencia Política, Universidad Católica de Chile.
*This is the fourth briefing in Network 20/20’s The State of Democracy Briefing Series.If you want to watch the past briefings in this series, please click here. 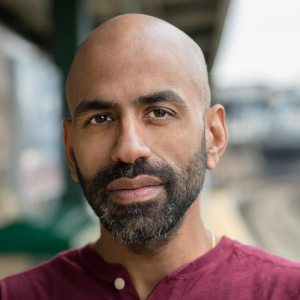 Zachariah Mampilly is the Marxe Endowed Chair of International Affairs at the Marxe School of Public and International Affairs, CUNY and a member of the doctoral faculty in the Department of Political Science at the Graduate Center, CUNY. He is the Co-Founder of the Program on African Social Research.
Previously, he was Professor of Political Science and Director of the Africana Studies Program at Vassar College. In 2012/2013, he was a Visiting Professor at the University of Dar es Salaam, Tanzania.
He is the author of Rebel Rulers: Insurgent Governance and Civilian Life during War (Cornell U. Press 2011) and with Adam Branch, Africa Uprising: Popular Protest and Political Change (African Arguments, Zed Press 2015). He is the co-editor of Rebel Governance in Civil Wars (Cambridge U. Press 2015) with Ana Arjona and Nelson Kasfir; and Peacemaking: From Practice to Theory (Praeger 2011) with Andrea Bartoli and Susan Allen Nan. His writing has also appeared in Foreign Affairs, Jacobin, The Hindu, Africa’s a Country, N+1, Dissent, Al Jazeera, The Washington Post​ and elsewhere.
He has held fellowships with the Institute for Advanced Study (New Jersey), the Open Society Foundation, the Harry Frank Guggenheim Foundation, the United States Holocaust Memorial Museum and the Fulbright Program. 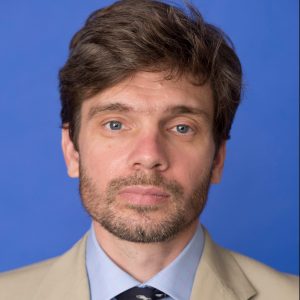 Richard Youngs is a senior fellow in the Democracy, Conflict, and Governance Program, based at Carnegie Europe. He works on EU foreign policy and on issues of international democracy.
Youngs is also a professor of international relations at the University of Warwick. Prior to joining Carnegie in July 2013, he was the director of the European think tank FRIDE. He has held positions in the UK Foreign and Commonwealth Office and as an EU Marie Curie fellow. He was a senior fellow at the Transatlantic Academy in Washington, DC, from 2012 to 2013.
Youngs has authored fourteen books. His most recent works are The European Union and Global Politics (Macmillan, 2021), Civic Activism Unleashed: New Hope or False Dawn for Democracy? (Oxford University Press, 2019) and Europe’s Eastern Crisis: The Geopolitics of Asymmetry (Cambridge University Press, 2017). 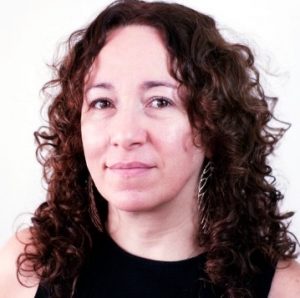 Valeria Palanza is an associate professor at the Instituto de Ciencia Política, Universidad Católica de Chile, having obtained her PhD from Princeton University in 2009. Her research focuses on issues of democracy, institutional arrangements, the legislative process, and research methods, with an emphasis on cases in Latin America.
Her book Checking Presidential Power: Executive Decrees and the Legislative Process in New Democracies was published by Cambridge University Press in January 2019. The book explains why presidents rely on executive decrees to different extents across countries. It covers Argentina andBrasil in depth, and carries out comparative analysis of Argentina, Bolivia, Brazil, Chile, Colombia, Nicaragua, and Perú. The book argues that different levels of institutional commitment among politicians across these countries explain varying levels of reliance on decrees and elaborates on what institutional commitment is and how it is formed.
Other research interests include the analysis of the effects of the veto prerogative in the legislative process in different Latin American countries –Argentina, Brazil, Chile (with Gisela Sin); the effects of constitutional reforms on enduring Third Wave democracias; the impact of different levels of congressional institutionalization on economic and social development (with Mariano Tommasi and Carlos Scartascini); the fast-track prerogative, which in Latin America takes the form of a legislative urgency (with Eric Magar and Gisela Sin; and with Carmen Le Foulon); the analysis of the effect of visiting memorial museums on the promotion of reconciliation in transitional societies through a field experiment (with Laia Balcells and Elsa Voytas), among others.
Her most recent publications are forthcoming in the Journal of Politics and the Latin American Research Review, others appear in Comparative Political Studies, Legislative Studies Quarterly, and Latin American Research Review. She is also the co-author of the book Congreso Presidencia y Justicia. Materiales para su estudio, with Guillermo Molinelli and Gisela Sin Editorial Temas.
She was a Visiting Fellow at the Kellogg Institute for International Studies during the Fall of AY 2009.