The State of the State Department: Reforming American Diplomacy

Under the Trump Administration, the State Department took a public hammering: funding cuts of up to a third were proposed, diversity in top positions has been practically nonexistent, more than a third of top-tier positions went vacant or were filled by acting officials, and seven percent of the Department’s staff left in one year. Yet, the issues the State Department faces have roots that predate the Trump Administration. What should be the mission and mandate of U.S. diplomacy for the coming decades? And how can reforms help the State Department achieve that vision? Tune in on Wednesday, January 6, 2021, at 12:00 PM  to listen to distinguished panelists discuss those questions. We will be joined by Ambassador Marcie Ries, Senior Fellow at the Belfer Center’s Future of Diplomacy Project at Harvard Kennedy School; Elizabeth Shackelford, Former U.S. Diplomat and Non-resident fellow at the Quincy Institute; and Chris Richardson, Former U.S. Diplomat. Immigration attorney, and Co-Founder of Argo Visa.

COUNLDN’T ATTEND OUR BRIEFING. Don’t worry. You can watch it below: 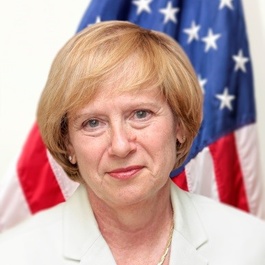 Ambassador (Ret.) Marcie Ries is a Senior Fellow at the Belfer Center’s Future of Diplomacy Project. She is also a Senior Advisor in the Department of State’s Foreign Service Institute Leadership and Management School.
During thirty-seven years of diplomatic service, she served in Europe, the Middle East, and the Caribbean. She is a three-time Chief of Mission, serving as Head of the U.S. Office Pristina, Kosovo (2003-2004); as United States Ambassador to Albania (2004-2007); and, most recently (2012-2015), as United States Ambassador to Bulgaria.
Ambassador Ries has wide experience on UN, European and security matters and was a senior member of the team that negotiated the 2011 New Strategic Arms Reduction Treaty (START) with the Russian Federation. In 2008-2009, Ambassador Ries was Principal Deputy Assistant Secretary for European and Eurasian Affairs (EUR). In that capacity, she had responsibility for offices dealing with relations with the North Atlantic Alliance (NATO), the European Union (EU) and Western Europe, as well as strategic planning and personnel. EUR includes 50 countries and 72 posts. From 2007-2008, the period known as “the surge,” Ambassador Ries was Minister-Counselor for Political-Military Affairs at the U.S. Embassy in Baghdad, Iraq. As such, she handled regional issues with the Iraqi Foreign Ministry, coordinated the civilian side of the Joint Campaign Plan and served as Embassy liaison with the Military Command Staff. As Director of the State Department’s Office of United Nations Political Affairs for the two years following the 9/11 attack, she organized State Department support for U.S. representatives in the General Assembly and in the Security Council. Ambassador Ries’ experience abroad also includes service as Counselor in the U.S. Embassy in London, four years at the U.S. Mission to the European Union in Brussels, and tours in Turkey and the Dominican Republic. At the Foreign Service Institute, she serves as a senior mentor for U.S. ambassadors preparing for their ambassadorships and other senior officers undertaking new leadership responsibilities. She also speaks to students and professional groups on leadership and European issues.
Ambassador Ries is a graduate of Oberlin College and holds a Masters Degree in International Relations from the Johns Hopkins School of Advanced International Studies. She is a graduate of the State Department’s Senior Seminar and the Department of Defense Pinnacle Course and is a recipient of the U.S. Army’s Distinguished Civilian Service Medal and a Presidential Meritorious Service Award. She serves on the Board of the American Academy of Diplomacy and the American College of Sophia. 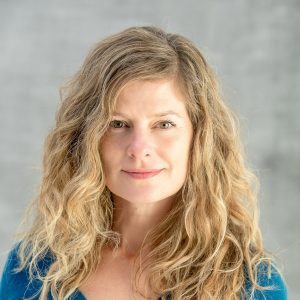 Elizabeth Shackelford is a Non-Resident Fellow at the Quincy Institute and an independent consultant. She was a career diplomat with the State Department until December 2017, when she resigned in protest of the Trump administration. Her resignation letter was the first to draw widespread attention to the declining state of diplomacy under Trump. She is the author of The Dissent Channel: American Diplomacy in a Dishonest Age (2020), which shows firsthand that the crisis in our foreign policy predates current efforts to sideline the diplomatic corps.
As a Foreign Service Officer, Shackelford served in Somalia, Kenya, South Sudan, Poland, and Washington, D.C., analyzing information on political and conflict developments, advising Mission and Washington leadership, and advocating for U.S. interests with foreign counterparts. For her work in South Sudan, Shackelford received the Barbara Watson Award for Consular Excellence, the Department’s highest honor for consular work.
Previously, Shackelford was an associate with Booz Allen Hamilton and led USAID projects to assess business environments in developing countries. Shackelford was also an associate with the law firm Covington & Burling, where she focused on international trade.
Shackelford’s commentary and interviews have appeared in the Los Angeles Times, CNN, Foreign Policy, NPR, PBS, and MSNBC. She also speaks with community groups, students, and political organizations to raise broader awareness of our foreign policy challenges. She is chair of the Rochester VT Democratic Committee and a member of the Emerge VT 2019 class. Born and raised in Mississippi, Shackelford now resides in Rochester, VT. 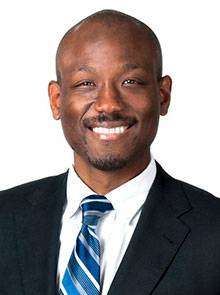 Chris Richardson is a former U.S. Diplomat, prominent immigration attorney, and Co-Founder of the world’s leading remote video immigration consulting technology company, Argo Visa LLC.
Richardson served in Nigeria, Nicaragua, Pakistan, and Spain as a Consular Officer. He was an American Citizens Services Chief, a visa officer, Deputy Nonimmigrant Visas Chief, Acting Nonimmigrant Visas Chief for the largest visa post in Africa (Lagos, Nigeria), Immigrant Visas Chief, and a Deputy Consular Section Chief.
Throughout his time in the Foreign Service, Richardson managed hundreds of officers and local staff in some of the most dangerous postings in the world. He also investigated several high-profile fraud rings including at least two that involved members of the U.S. missions abroad. More critically, Richardson managed Post responses to crisis situations including terrorist attacks, plane crashes, violent national unrest, bombings, rapes, murders, kidnappings, and hundreds of death cases involving Americans who died abroad. For his service, Richardson won several awards including Meritorious Honors Awards and a Superior Honors Award.
Richardson resigned in protest due to President Trump’s Muslim Ban and the President’s derogatory statements about African countries. Immediately upon resigning, he drafted an affidavit against the Muslim Ban which was cited by Supreme Court Justice Stephen Breyer in Trump v. Hawaii. After his resignation, he started a technology company that focused on remote video technology and immigration consulting.
Richardson has been featured in Mother Jones, Slate Magazine, Reuters, NPR, Embedded, All Things Considered, SCOTUS Blog, BBC, Georgia Public Radio, Intercept, and the Atlanta Journal Constitution. He has also been interviewed by the New York Times, CNN and CBS. Richardson has written several well-received opinion columns for the New York Times, Los Angeles Times, Washington Post, San Francisco Chronicle, Slate Magazine, Chicago Sun-Times, The Hill, and the Nation regarding immigration policy and the issue of diversity at the State Department. He advised U.S. Senators and House members on a wide range of immigration and State Department issues including the Fairness for High Skilled Immigrants Act, the various travel bans, and diversity.
A native of South Carolina, Richardson serves on the Board of Directors for Upstate Forever (an environmental group), Upstate International, and the Hispanic Alliance. He is a graduate of Duke University School of Law and graduated summa cum laude from Emory University in 2003. He is also the co-author of the Historical Dictionary of the Civil Rights Movement (2014) and lectured on the American Civil Rights Movement at universities and colleges across the globe.