Scrap or Salvage? The Future of International Liberal World Order

The challenges of 2020 are global ones. Yet, the liberal world order and its international institutions that were designed to address issues like global health, the economy, and climate change have been criticized for not doing enough and have also been neglected by the Trump administration. With the Biden Administration soon entering office, his cabinet selection indicates the United States’ return to multilateralism and partnerships. With regionalism on the rise, the implications of the COVID-19 pandemic, and economic stagnation, how will democratic countries hold up the idea of an international liberal world order against countries with different worldviews like China and Russia? And how will the events in Washington D.C. last week affect U.S. credibility? Join us for an in-depth discussion of these issues and more on Thursday, January 21st from 12:00 PM to 1:00 PM ET, when we are joined by Stewart M. Patrick, Director of the International Institutions and Global Governance Program at the Council on Foreign Relations, Kori Schake, Director of Foreign and Defense Policy Studies at the American Enterprise Institute, and G. John Ikenberry, Co-Director of Princeton’s Center for International Security Studies. 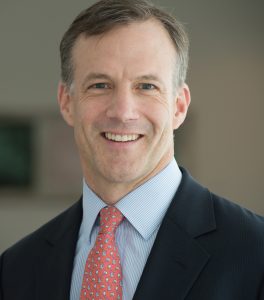 Stewart M. Patrick is James H. Binger senior fellow in global governance and director of the International Institutions and Global Governance (IIGG) Program at the Council on Foreign Relations (CFR). His areas of expertise include multilateral cooperation on global issues; U.S. policy toward international institutions, including the United Nations; and the challenges posed by fragile and post–conflict states. Patrick is the author of The Sovereignty Wars: Reconciling America with the World, as well as Weak Links: Fragile States, Global Threats, and International Security. He also writes the blog, The Internationalist.
From 2005 to April 2008, he was research fellow at the Center for Global Development. He directed the center’s research and policy engagement on the intersection between security and development, with a particular focus on the relationship between weak states and transnational threats and on the policy challenges of building effective institutions of governance in fragile settings. He also taught at Johns Hopkins University’s School of Advanced International Studies.
From September 2002 to January 2005, Patrick served on the secretary of state’s policy planning staff, with lead staff responsibility for U.S. policy toward Afghanistan and a range of global and transnational issues, including refugees and migration, international law enforcement, and global health affairs. He joined the staff as an international affairs fellow at CFR.
Prior to government service, Patrick was from 1997 to 2002 a researcher at the Center on International Cooperation at New York University, where he ran two multi-scholar research programs on post-conflict reconstruction and on multilateralism and U.S. foreign policy.
Patrick graduated from Stanford University and received two master’s degrees and his doctorate in international relations from Oxford University, where he was a Rhodes Scholar. He is the author, coauthor, or editor of five books. He has also authored numerous articles and chapters on the subjects of multilateral cooperation, state-building, and U.S. foreign policy.
Patrick lives in Bethesda, Maryland. He has three children. 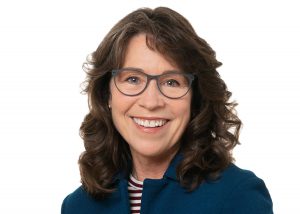 Kori Schake is the director of foreign and defense policy studies at the American Enterprise Institute (AEI).
Before joining AEI, Dr. Schake was the deputy director-general of the International Institute for Strategic Studies in London. She has had a distinguished career in government, working at the US State Department, the US Department of Defense, and the National Security Council at the White House. She has also taught at Stanford, West Point, Johns Hopkins University’s School of Advanced International Studies, National Defense University, and the University of Maryland.
Dr. Schake is the author of five books, among them “America vs the West: Can the Liberal World Order Be Preserved?” (Penguin Random House Australia, Lowy Institute, 2018); “Safe Passage: The Transition from British to American Hegemony” (Harvard University Press, 2017); “State of Disrepair: Fixing the Culture and Practices of the State Department” (Hoover Institution Press, 2012); and “Managing American Hegemony: Essays on Power in a Time of Dominance” (Hoover Institution Press, 2009).
She is also the coeditor, along with former Secretary of Defense Jim Mattis, of “Warriors & Citizens: American Views of Our Military” (Hoover Institution Press, 2016).
Dr. Schake has been widely published in policy journals and the popular press, including in CNN.com, Foreign Affairs, Politico, The New York Times, The Wall Street Journal, and The Washington Post. She is a contributing writer at The Atlantic and War on the Rocks.
Dr. Schake has a PhD and MA in government and politics from the University of Maryland, as well as an MPM from the University of Maryland School of Public Policy. Her BA in international relations is from Stanford University.

G. John Ikenberry is the Albert G. Milbank Professor of Politics and International Affairs at Princeton University in the Department of Politics and the Princeton School of Public and International Affairs. He is also Co-Director of Princeton’s Center for International Security Studies. Ikenberry is also a Global Eminence Scholar at Kyung Hee University in Seoul, Korea. In 2018-19, Ikenberry was a Visiting Fellow at All Souls College, Oxford University. In 2013-2014 Ikenberry was the 72nd Eastman Visiting Professor at Balliol College, Oxford. Ikenberry is a Fellow of the American Academy of Arts and Sciences. In a recent survey of international relations scholars, Ikenberry was ranked 10th in scholars who have produced the best work in the field of IR in the past 20 years, and ranked 8th in scholars who have produced the most interesting work in the past 5 years.
Professor Ikenberry is the author of eight books, most recently A World Safe for Democracy: Liberal Internationalism and the Crises of Global Order (Yale 2020), and Liberal Leviathan: The Origins, Crisis, and Transformation of the American System (Princeton, 2011). His book, After Victory: Institutions, Strategic Restraint, and the Rebuilding of Order after Major Wars (Princeton, 2001), won the 2002 Schroeder-Jervis Award presented by the American Political Science Association for the best book in international history and politics. A collection of his essays, entitled Liberal Order and Imperial Ambition: American Power and International Order (Policy) appeared in 2006. Ikenberry is also co-author of Crisis of American Foreign Policy: Wilsonianism in the 21st Century (Princeton 2009), which explores the Wilsonian legacy in contemporary American foreign policy. Ikenberry has also the editor or co-editor of fourteen books, including America Unrivaled: The Future of the Balance of Power (Cornell, 2002), The End of the West? Crisis and Change in Atlantic Order (Cornell 2008) and Unipolarity and International Relations Theory (Cambridge, 2011). Ikenberry has authored 130 journal articles, essays, and book chapters.
Professor Ikenberry is the co-director of the Princeton Project on National Security, and he is the co-author, along with Anne-Marie Slaughter, of the final report, Forging a World of Liberty Under Law. Among his many activities, Professor Ikenberry served as a member of the Policy Planning Staff in 1991-92, as a member of an advisory group at the State Department in 2003-04, and as a member of the Council on Foreign Relations Task Force on U.S.-European relations, the so-called Kissinger-Summers commission. He is also a reviewer of books on political and legal affairs for Foreign Affairs.