Change on the Horizon: The Impact of New Diplomatic Ties in the Middle East

After decades of tense relations between Israel and nearly all Middle Eastern countries, 2020 saw a dramatic reversal of the status quo, with four Arab countries establishing diplomatic ties with Israel. These agreements are a clear shift in policy among Israel, the United States, and the Arab world, but leave many wondering what’s to come in the future. Will these new diplomatic ties fundamentally alter the regional power dynamic of the Middle East? And how will the United States factor into these relationships? Tune in for a discussion of these questions and more on Monday, January 11th from 12:00 PM to 1:00 PM ET, when we are joined by Ambassador Martin Indyk, Distinguished Fellow at the Council on Foreign Relations, Dr. Hussein Ibish, Senior Resident Scholar at the Arab Gulf States Institute in Washington, and Dr. Sanam Vakil, Deputy Director of the Middle East North Africa Programme at Chatham House. 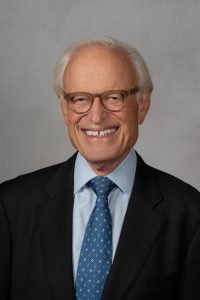 Martin S. Indyk is distinguished fellow at the Council on Foreign Relations. Previously, he was the John C. Whitehead Distinguished Fellow in International Diplomacy in the Foreign Policy program at the Brookings Institution. From February 2015 to March 2018, he served as executive vice president of Brookings. Indyk served as the U.S. special envoy for the Israeli-Palestinian negotiations from July 2013 to June 2014. Prior to his time as special envoy, he was vice president and director of the Foreign Policy program and a senior fellow and the founding director of the Center for Middle East Policy at Brookings.
Indyk served as U.S. ambassador to Israel from 1995 to 1997 and again from 2000 to 2001. He also served as special assistant to President Bill Clinton and senior director for Near East and South Asian affairs at the National Security Council (1993–95) and as assistant secretary of state for Near Eastern affairs in the U.S. Department of State (1997–2000).
Before entering government, Indyk was founding executive director of the Washington Institute for Near East Policy for eight years. He serves on the boards of the Lowy Institute for International Policy in Australia, the Institute for National Security Studies in Israel, and the Aspen Institute’s Middle East Investment Initiative. Indyk also serves as a member of the advisory boards of the Israel Democracy Institute and America Abroad Media.
Indyk is the author of Innocent Abroad: An Intimate Account of American Peace Diplomacy in the Middle East” (Simon and Schuster, 2009) and the co-author of Bending History: Barack Obama’s Foreign Policy with Michael O’Hanlon and Kenneth Lieberthal (Brookings Institution Press, 2012). He is currently completing a book tentatively titled Henry Kissinger and the Art of the Middle East Deal to be published by A.A.Knopf in 2020.
Indyk received a bachelor’s degree in economics from the University of Sydney and a doctorate in international relations from the Australian National University. 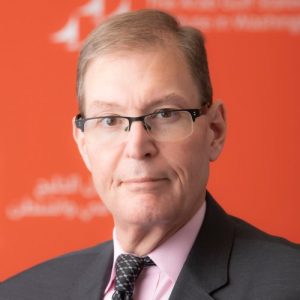 Hussein Ibish is a senior resident scholar at the Arab Gulf States Institute in Washington. He is a weekly columnist for Bloomberg and The National (UAE) and is also a regular contributor to many other U.S. and Middle Eastern publications. He has made thousands of radio and television appearances and was the Washington, DC correspondent for the Daily Star (Beirut). Many of Ibish’s articles are archived on his Ibishblog website.
His most recent book is What’s Wrong with the One-State Agenda? Why Ending the Occupation and Peace with Israel is Still the Palestinian National Goal (ATFP, 2009). Ibish was included in all three years (2011, 2012, and 2013) of Foreign Policy’s “Twitterati 100,” the magazine’s list of 100 “must-follow” Twitter feeds on foreign policy.
Ibish is the editor and principal author of three major studies of Hate Crimes and Discrimination against Arab Americans 1998-2000 (ADC, 2001), Sept. 11, 2001-Oct. 11, 2002 (ADC, 2003), and 2003-2007 (ADC, 2008). He is also the author of “At the Constitution’s Edge: Arab Americans and Civil Liberties in the United States” in States of Confinement (St. Martin’s Press, 2000), “Anti-Arab Bias in American Policy and Discourse” in Race in 21st Century America (Michigan State University Press, 2001), “Race and the War on Terror,” in Race and Human Rights (Michigan State University Press, 2005) and “Symptoms of Alienation: How Arab and American Media View Each Other“ in Arab Media in the Information Age (ECSSR, 2005). He wrote, along with Ali Abunimah, “The Palestinian Right of Return” (ADC, 2001) and “The Media and the New Intifada” in The New Intifada (Verso, 2001). He is the editor, along with Saliba Sarsar, of Principles and Pragmatism (ATFP, 2006).
Ibish previously served as a senior fellow at the American Task Force on Palestine, and executive director of the Hala Salaam Maksoud Foundation for Arab-American Leadership from 2004-09. From 1998-2004, Ibish served as communications director for the American-Arab Anti-Discrimination Committee. He has a PhD in comparative literature from the University of Massachusetts, Amherst. 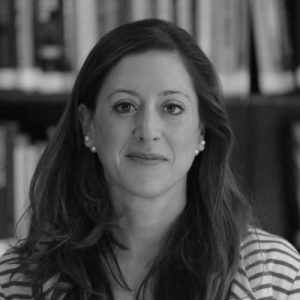 Sanam Vakil is the deputy director of the Middle East North Africa Programme, where she leads the Future Dynamics in the Gulf project and the Iran Forum.
Sanam’s research focuses regional security, Gulf geopolitics and on future trends in Iran’s domestic and foreign policy.
She follows wider Middle Eastern issues as a visiting fellow at the Hoover Institution at Stanford University, associated with the Working Group on Islamism and the International Order.
She is also the James Anderson professorial lecturer in the Middle East Studies department at the Johns Hopkins School of Advanced International Studies (SAIS Europe) in Bologna, Italy.
Before these appointments, Sanam was an assistant professor of Middle East Studies at SAIS Washington. She served as a research associate at the Council on Foreign Relations also providing research analysis to the World Bank’s Middle East and North Africa department.
Sanam is the author of Action and Reaction: Women and Politics in Iran (Bloomsbury 2013). She publishes analysis and comments for a variety of media and academic outlets.
Sanam received her BA in political science and history from Barnard College, Columbia University and her MA/PhD in international relations and international economics from Johns Hopkins University.