Globalization and the Supply Chain Crisis

During the past few years, the China-U.S. trade war and the subsequent upheavals caused by the Covid-19 pandemic have revealed the fragility and interconnectedness of global supply chains. What does the future of supply chains look like? How will regionalization be different from globalization? And what will it take to be competitive in this shifting landscape? Join us in a conversation around current the supply chain crisis and bigger implications for globalization on Wednesday, January 5, 2022, at 12 PM EST with Dr. Shannon K. O’Neil, Vice President, Deputy Director of Studies, and Nelson and David Rockefeller Senior Fellow for Latin America Studies at the Council on Foreign Relations; Dr. Catherine L Mann, External Member of the Monetary Policy Committee of the Bank of England, and Dr. Phil Levy, Chief Economist at San Francisco-based freight forwarding and customs brokerage company Flexport. 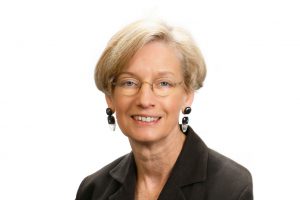 Dr. Catherine L. Mann joined the Monetary Policy Committee of the Bank of England on 1 September 2021.
She is a member of the Council on Foreign Relations and the American Economic Association, among others. Previously she was Chair of the Economic Advisory Committee of the American Bankers Association. And she was also a member of the Executive Board of the Committee on the Status of Women in the Economics Profession, of the National Association for Business Economics, and of the advisory committees of the Federal Reserve Banks of Chicago, Boston, and New York, among others.
Prior to her appointment, she was the Global Chief Economist at Citibank from February 2018 to May 2021, where she was responsible for thought leadership and cross-fertilization of research. Prior to that, she was the Chief Economist and G20 Finance Deputy at the OECD from October 2014 to November 2017. She has also held positions as the Rosenberg Professor of Global Finance at Brandeis University, Senior Fellow at the Peter G. Peterson Institute for International Economics, and Assistant Director in the International Finance Division at the Federal Reserve Board.
Dr. Mann’s research addresses the relationships between financial markets and real economies with a focus on spillovers, including climate; and structural policies and outcomes, with a focus on the nexus of globalization, inequality, and productivity. She has authored or co-authored seven books, 60-plus articles, and numerous shorter pieces and testimony.
She has a Ph.D. in Economics from the Massachusetts Institute of Technology, and an undergraduate degree with honors in Economics from Harvard University. 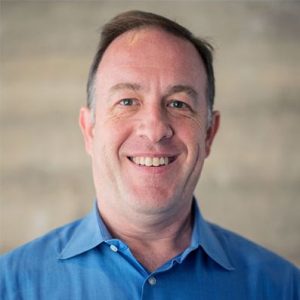 Phil Levy is the chief economist at San Francisco-based freight forwarding and customs brokerage company Flexport. He formerly served as senior economist for trade for President George W. Bush’s Council of Economic Advisers and as a member of Secretary of State Condoleeza Rice’s policy planning staff. His research focuses on the political economy of trade agreements and U.S. economic relations with China. He has testified before several Congressional committees, including House Ways & Means and the Joint Economic Committee. Levy earned his doctorate in economics from Stanford University and has taught at Northwestern University’s Kellogg School of Management, Yale, Columbia, the University of Virginia and Georgetown. 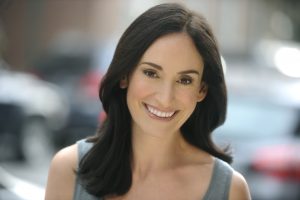 Shannon K. O’Neil is the vice president, deputy director of studies, and Nelson and David Rockefeller senior fellow for Latin America Studies at the Council on Foreign Relations. She is an expert on Latin America, global trade, U.S.-Mexico relations, corruption, democracy, and immigration.

O’Neil has lived and worked in Mexico and Argentina. She was a Fulbright scholar and a Justice, Welfare, and Economics fellow at Harvard University, and has taught Latin American politics at Columbia University. Before turning to policy, O’Neil worked in the private sector as an equity analyst at Indosuez Capital and Credit Lyonnais Securities. She holds a BA from Yale University, an MA in international relations from Yale University, and a PhD in government from Harvard University. She is a member of the board of directors of the Tinker Foundation.

O’Neil is the author of the forthcoming The Globalization Myth: Regionalization and How America’s Neighbors Help it Compete (Yale University Press, 2022), which chronicles the rise of three main global manufacturing and supply chain hubs and what they mean for U.S. economic competitiveness. She also wrote Two Nations Indivisible: Mexico, the United States, and the Road Ahead (Oxford University Press, 2013), which analyzes the political, economic, and social transformations Mexico has undergone over the last three decades and why they matter for the United States. She is a columnist for Bloomberg Opinion, and a frequent guest on national broadcast news and radio programs. O’Neil has often testified before Congress, and regularly speaks at global academic, business, and policy conferences.