Gender and Geopolitics: The Role of Women in Foreign Affairs

Making up approximately half of the world’s population, women are a strong force behind global progress, yet they are often excluded from the same opportunities afforded to men. In addition to the clear injustice of gender inequality, there are also practical drawbacks to the marginalization of this large segment of the population, considering the great strides women leaders make in their fields. How does women’s leadership impact international affairs? And what can be done to empower more women to participate in the global community? Join us for a discussion of these questions and more on Tuesday, February 9th, from 11 AM to 12 PM ET, when Katharine Zaleski, Co-Founder and President of PowerToFly, leads us in conversation with Eugenia Podestá, Senior Director of Economic Empowerment and Entrepreneurship at Vital Voices Global Partnership, Rachel Vogelstein, Douglas Dillon Senior Fellow and Director of the Women and Foreign Policy Program at the Council on Foreign Relations, and Jenna Ben-Yehuda, President and CEO of the Truman National Security Project and the Truman Center for National Policy. 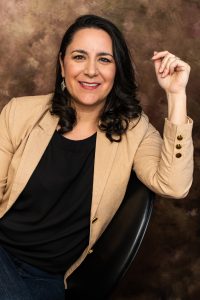 Eugenia Podestá is a social entrepreneur and global connector with over 20 years of experience in non-profits, leadership, international development, capacity building, networks and ecosystem building. As Senior Director of Economic Empowerment & Entrepreneurship at Vital Voices Global Partnership (vitalvoices.org), an international women’s leadership NGO based in Washington DC, she oversees the VV GROW Fellowship, a highly competitive global one-year accelerator for women-owned small & medium sized enterprises (SMEs). Eugenia is also co-founder of Synergy Coworking (synergymadison.com) in Madison, Wisconsin, driving collaborative solutions to advance economic empowerment and leadership development for entrepreneurs, women and communities of color. She is committed to providing and co-creating practical results for mission-oriented organizations and serves on various boards and committees for organizations including the Dane Arts Mural Arts, the Latino Chamber of Commerce, the Madison Community Foundation, the Overture Center for the Arts and the UW-Madison Center for Nonprofit Studies in Madison, Wisconsin. Eugenia received her BA in Spanish Literature and Hispanic Studies, and Latin American, Caribbean and Iberian Studies, Masters in Latin American Studies, and Juris Doctorate from the University of Wisconsin-Madison. She studied International Law at the Pontificia Universidad Católica del Perú in Lima.  Born in Peru and raised in Madison, Wisconsin, she has traveled and worked with leaders and organizations across the globe. 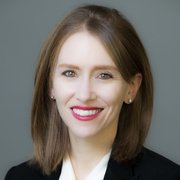 Rachel Vogelstein is the Douglas Dillon senior fellow and director of the Women and Foreign Policy program at the Council on Foreign Relations (CFR) in Washington, DC, and a professor of gender and U.S. foreign policy at Georgetown Law School. At CFR, Vogelstein’s research is focused on the relationship between women’s advancement and prosperity, stability, and security. She is the author of Ending Child Marriage (2013), Women’s Participation in Conflict Prevention and Resolution (2016), Building Inclusive Economies (2017), and Countering Sexual Violence in Armed Conflict (2018).
From 2017 to 2018, Vogelstein was a visiting fellow with the Center for Global Legal Challenges at Yale Law School, where she taught a seminar on women’s issues in U.S. foreign and national security policy.
From 2015 to 2016, Vogelstein served as senior advisor on women’s issues for the Hillary for America campaign, developing domestic and global policy and leading a coalition of over 200 women’s leaders and organizations. She also served as an advisor to the Clinton-Kaine transition team.
From 2009 to 2012, Vogelstein was director of policy and senior advisor in the Office of Global Women’s Issues within the Office of the Secretary of State at the U.S. Department of State. In this capacity, she advised Secretary Hillary Rodham Clinton on a range of foreign policy issues related to the advancement of women, and represented the U.S. Department of State as a member of the White House Council on Women and Girls. Following her tenure in government, from 2013 to 2015, Vogelstein served as the director of Women’s and Girls’ Programs in the Office of Hillary Rodham Clinton at the Clinton Foundation, where she oversaw the development of the No Ceilings initiative and provided guidance on domestic and global women’s issues.
Vogelstein is an attorney by training with expertise on gender equality. Prior to joining the State Department, she was senior counsel at the National Women’s Law Center in Washington, DC, where she specialized in women’s health and reproductive rights. In 2004, she was awarded an Equal Justice Works Fellowship to work on women’s health policy. She also served as assistant counsel to then-Senator Clinton’s first presidential campaign and on the staff of her 2000 U.S. Senate campaign. She has lectured widely on the rights of women and girls, including at the U.S. Congressional Women’s Caucus, U.S. Department of State, U.S. Foreign Service Institute, the World Bank, the Brookings Institution, the Center for Strategic and International Studies, Harvard Law School, Stanford Law School, and Yale University.
Vogelstein graduated magna cum laude from Columbia University’s Barnard College and cum laude from Georgetown Law School, where she was executive editor of the Georgetown Law Journal. Following law school, Vogelstein clerked for the Honorable Thomas L. Ambro on the United States Court of Appeals for the Third Circuit. She is a recipient of the Secretary of State’s Superior Honor Award and a National Association of Women Lawyers Award. She currently serves on the Board of Directors of the National Women’s History Museum and Planned Parenthood Global, and chairs the Board of Trustees of the National Child Research Center. 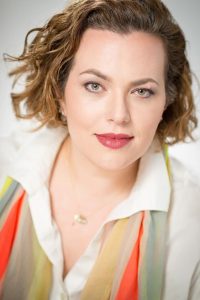 Jenna Ben-Yehuda is President and Chief Executive Officer of the Truman National Security Project and the Truman Center for National Policy. She is also the founder of the Women’s Foreign Policy Network, a global membership organization of five thousand national security professionals in one hundred countries. A former State Department official with private sector experience, Ben-Yehuda is a member of the World Economic Forum’s Global Futures Council on U.S. national security and a life member of the Council on Foreign Relations. She also serves on the advisory boards of National Security Action and the Leadership Council for Women in National Security. Ben-Yehuda is a frequent media contributor on women’s leadership and U.S. national security. She holds bachelor’s degrees in international affairs and Spanish from the Elliott School of International Affairs at George Washington University, where she served as an adjunct professor, and master’s degrees from National Defense University and National Intelligence University. 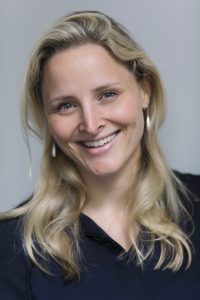 Katharine Zaleski was named one of Fast Company’s Most Creative People in Business after launching PowerToFly, the platform fast-tracking economic equality through upskilling and connecting underrepresented talent to roles in high-visibility sectors. Prior to co-founding PowerToFly, Katharine was the Founding Managing Editor of NowThis; the Executive Director of Digital for The WashingtonPost; and the sixth hire and Head of News for The Huffington Post. She writes for major publications, including The New York Times, Fortune, Forbes and Quartz and has appeared on TODAY, Good Morning America and numerous outlets. Katharine lives in New York with her family where she is a Term Member of the Council of Foreign Relations and a frequent kite-surfer on Long Island and New Jersey’s under-appreciated beaches.